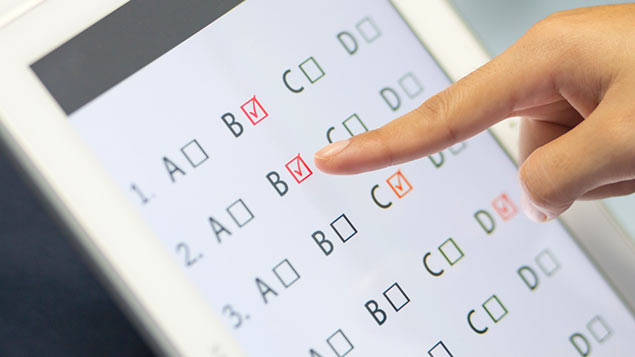 Recruiters will have to be more careful about adjustments to the format of recruitment assessments for disabled job applicants, following an Employment Appeal Tribunal (EAT) decision that an applicant with Asperger’s syndrome was unfairly disadvantaged by an online multiple-choice psychometric test.

The claim was brought by an aspiring lawyer, Ms Brookes, who has Asperger’s syndrome.

She applied for a job as a trainee solicitor with the Government Legal Service (GLS).

Each year, the GLS receives thousands of applications for a small number of trainee solicitor posts.

Ms Brookes asked the GLS if she could submit her answers in a short narrative form because of her condition. However, she was told that an alternative test format was not available.

Ms Brookes completed the SJT in its multiple-choice format, but she scored 12 out of 22. The pass mark to proceed to the next stage of the recruitment process was 14.

Her condition meant that she “lacked social imagination and would have difficulties in imaginative and counter-factual reasoning in hypothetical scenarios”.

“The tribunal was presented with what appeared to be a capable young woman who, with the benefit of adjustments, had obtained a law degree and had come close to reaching the required mark of 14 in the SJT, but had not quite managed it.

“The tribunal was right to ask itself why, and was entitled to find that a likely explanation could be found in the fact that she had Asperger’s, and the additional difficulty that would place her under due to the multiple choice format of the SJT.”

The tribunal accepted that the assessment had the legitimate aim of testing a fundamental competency.

However, the tribunal concluded that the means of achieving the aim were not proportionate because an alternative assessment method, suggested by Ms Brookes, was available.

The GLS appealed against the tribunal decision, with EAT agreeing wholeheartedly with the first-instance tribunal’s finding of indirect disability discrimination.

The appeal tribunal held that the test placed Ms Brookes at a particular disadvantage compared with non-disabled candidates who do not have Asperger’s syndrome.

The EAT accepted that her condition had affected her ability to complete the multiple-choice assessment, and that the GLS should have adapted the test for her.

The EAT also agreed with the employment tribunal that the GLS had committed discrimination arising from disability and failed to comply with its duty to make reasonable adjustments.

Stephen Simpson, principal employment law editor at XpertHR, commented on the unusual nature of the claim: “Indirect disability discrimination claims are exceptionally rare. These days, most claimants will allege discrimination arising from disability and failure to make reasonable adjustments. Both of these are generally seen as easier to win.

“The fact that the claimant won under all three headings highlights the need for recruiters to be flexible in their assessment methods for disabled applicants. In some cases, the format of the assessment may need to be altered.”

The tribunal made a recommendation that the GLS issue a written apology to her and review its recruitment procedures for disabled job applicants, with a view to introducing greater flexibility in its psychometric testing.

More on the EAT decision in Government Legal Service v Brookes, including an analysis of its implications for employers, is available on XpertHR.