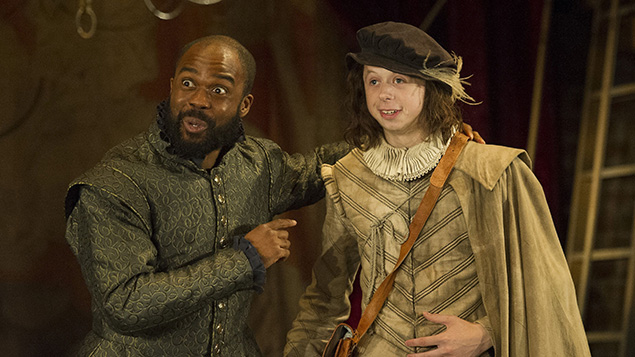 The Royal Shakespeare Company was one of the top 10 charity employers for diversity at senior level, said Green Park
Alastair Muir/REX/Shutterstock

Leadership positions in top UK charities are overwhelmingly white and male, according to research by executive search company Green Park.

Eight in 10 ethnic minority leaders do not trust their organisations

More than a third (34%) of the largest 100 charities by turnover have no ethnic diversity in their leadership team, its Third Sector Leadership 2,000 report has revealed.

Only 8.1% of senior positions in these charities are held by ethnic minority leaders, and at chair, CEO or CFO level, this drops to 6.2%.

People of Chinese and other Asian backgrounds are virtually non-existent among charity leaders, comprising just 0.3% of senior leaders.

Gender diversity is not much better. Women occupy just over a quarter (27.5%) of chair, CEO and CFO positions, and 41% of senior positions overall, according to Green Park. More than three-quarters (77%) of chair positions are occupied by men.

Animal charities displayed the lowest levels of diversity, according to Green Park’s research, with just under 2% of leadership positions held by individuals from ethnic minorities. Non-governmental organisations (NGOs) and faith-based charities were most likely to employ ethnic minority leaders in their most senior positions (16% and 11% respectively).

The top charities for employing women in senior roles were in health, mental health and disability, and NGOs.

Green Park has also produced a diversity index ranking the comparative diversity of the largest 100 charities by revenue. The top 10 charities in the index were:

Kai Adams, a partner in Green Park’s charities and social enterprise practice, said that the high profile of these charities meant they had “an even greater degree of responsibility to be representative”.

He added: “Whether diversity is inherited or acquired, visible or cognitive, we believe that no organisation can sustainably deal with change without increasing the agility, skills and customer orientation within its leadership team.

“We also know there is a clear correlation between those qualities, the diversity of the team, and its ability to protect the future relevance and impact of the organisation.

“We firmly believe that for the charities represented in this report to thrive and drive positive social change, it will be vital to widen the gate without lowering the bar.”