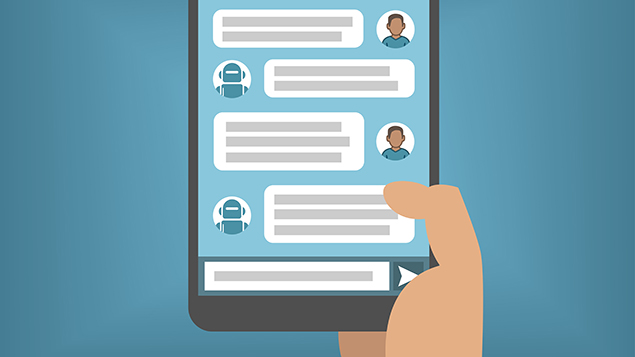 AI tools such as chatbots will transform how people work, executives believe. and leadership skills will need to adapt

Nine in 10 business leaders believe artificial intelligence (AI) will be critical to their organisation’s survival over the next five years, according to a survey by SAP.

The software company polled 2,500 C-level executives globally and found that six in 10 will implement some form of AI over the next year, while a third are planning to make significant investments in the technology over the same period.

AI’s impact on recruitment, HR and the workforce

On 20 June 2018, Personnel Today will host a webinar on how intelligent automation will affect the way organisations acquire and manage people. Reserve your place

In the UK, 88% of business leaders said they could use AI to make predictions that would support future business decisions, while 94% said “active intelligence” technologies, which create a real-time view of operations so businesses can react instantly, would be a key factor in their ongoing success.

Three-quarters felt their leadership style would need to change as a result of the implementation of these technologies.

Among the key aspects of AI business leaders are keen to implement are digital assistants, according to SAP. Two-thirds of UK respondents (63%) said it would be vital to deploy tools such as chatbots and voice assistants over the coming years.

A similar number (61%) of UK C-level executives thought that AI would transform current jobs, but only 31% felt it would replace current jobs altogether. Most respondents (74%) agreed that upskilling existing staff was a priority in the next three years.

Alex Guillen, Go-to Market Manager at technology company Insight UK, said the cultural impact of AI would require leaders to look closely at how their organisations were configured.

He said: “AI paves the way towards creating a next generation workforce, where bots deal with the time-consuming repetitive tasks, offering organisations the chance to redeploy workers to more engaging and value-creating tasks.

“But as business leaders increase adoption of complex AI, they’re going to look at how to configure the organisation to manage, monitor and support the bots – just like you would people. To be successful, organisations need to have a culture of fitting automation in the same way they need a culture to fit a diverse workforce.

“What organisations need to realise is that technology has and is continuing to transform the way we work. The future will move fast, and this will put a premium on people and organisations who can adapt quickly.”

One Response to AI will be business-critical in next five years, say execs