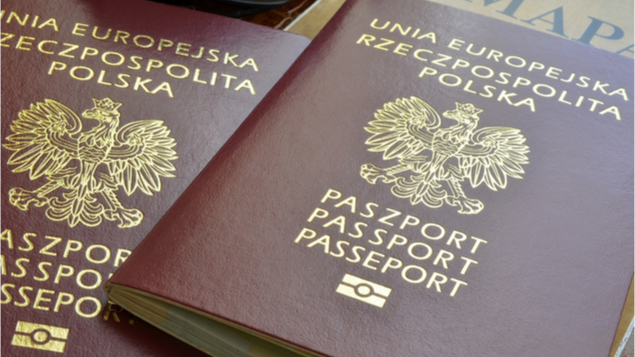 A detailed 82-page Home Office document proposes to offer low-skilled EU migrants a maximum of two years’ residency in a post-Brexit UK, while those with higher skills could receive work permits lasting three to five years.

This is according to an “extremely sensitive” draft document, leaked to the Guardian, entitled the Border, Immigration and Citizenship System After the UK Leaves the EU.

The paper focuses on a policy of putting British workers first, ensuring that “immigration should benefit not just the migrants themselves but also make existing residents better off”.

While the document contains concrete proposals, it is made clear it is a “platform for discussion” for the Government to understand the views of stakeholders, with the aim to achieve the best outcome for employers and individuals.

The Guardian reports that the document has already provoked rows among cabinet ministers.

The leaked paper refers to three distinct phases of change to the immigration system. Phase 1 focuses on individuals with ‘settled status’, those who arrived before a specified date, to continue living here and transferring EU migration rules into a UK legal framework.

Phase 2 will follow Brexit itself and introduces a temporary implementation period of at least two years to provide “a smooth and orderly exit for employers and individuals” while moving toward Phase 3.

The introduction of UK rules to control the type and volume of migration from the EU is the focus of Phase 3.

While the draft paper is “subject to negotiations with the EU”, key proposals contained within it include:

For employers that currently utilise a large proportion of low-skilled EU labour, the plans will be worrying, according to Rachel Harvey, business immigration specialist at law firm Shakespeare Martineau. Industries such as hospitality and agriculture could find they no longer have a pool of low-skilled EU workers to fill their roles.

“If employers are going to be required to prioritise British workers, they must start preparing now to avoid being hit by a drastic drop-off in available labour in 2019,” said Harvey.

“Alongside uncertainties over access to labour, many employers may be hit with additional administrative burdens, in particular involving right-to-work checks. A two-year time limit imposed on low-skilled workers will mean that employers must make extra efforts to conduct regular reviews.”

Neil Carberry, CBI managing director for people and infrastructure, said: “An open approach to our closest trading partners is vital for business, as it attracts investment to the UK. And, with employment high, it also helps keep our economy moving by addressing key skill and labour shortages.

“Businesses will look for the Government’s final position paper to support an open but managed approach to immigration. That means taking the initiative to guarantee those already here that they can stay, a transition period with limited changes so firms can plan ahead, and a final system for the EU that is simpler and more open than the complex work permit system run for non-EEA countries.”

TUC general secretary Frances O’Grady said: “It’s no wonder these back-of-an-envelope plans are causing rows between ministers. They would do nothing to tackle falling living standards and insecure jobs.

“These plans would create an underground economy, encouraging bad bosses to exploit migrants and undercut decent employers offering good jobs. The Government must crack down on bad jobs and make sure work is fairer for everyone.”