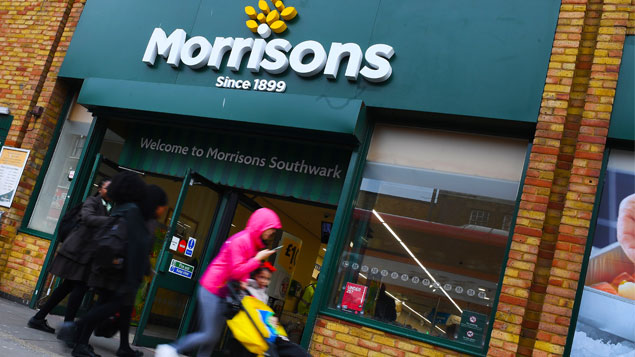 The UK’s top five retailers are making strides to reduce their gender pay gap, but there is still a way to go before male and female talent is represented fairly at all levels of their organisations.

Across the retail and wholesale sector, men were paid on average 6% more than women in 2017, according to HR analytics service Staffmetrix, with most retailers blaming a shortage of female talent in senior roles as the main driver behind their gender pay gap.

Although a gap of 6% isn’t the ideal pay parity that most employers would like to achieve, retail was the sixth best-performing sector in the UK in terms of pay equality.

Of the top five retailers by turnover, Morrisons had the largest median gender pay gap at 12.1% and the lowest proportion of women in the top pay quartile (34.4%).

The supermarket said that around 70% of its lower-paid in-store customer assistant roles were held by women, while positions that attracted a higher rate of pay – such as those with unsocial working patterns or “craft food skills” – received fewer female applicants.

Despite this progress, chief executive David Potts said there was more the retailer could do. “We will work collectively to offer everyone an equal opportunity to develop, progress and grow, so that we have the right talent and gender balance to build a broader and stronger business that is more relevant to our customers.”

Achieving gender balance across all levels of business was highlighted by several of the retailers including Asda, which had a median gender pay gap of 8.9%. It has introduced policies to encourage managers and those responsible for recruitment to think about diversity when planning for all roles and to identify opportunities to accelerate female development through “talented pipeline” programmes.

Asda said 35% of its senior leadership positions were filled by women, but this had only slightly improved from 2014 when this proportion was 31%.

Sainsbury’s Supermarkets had the second largest gender pay gap of the top five retailers at 9.3%. Like Asda, it had created specific initiatives to accelerate the progression of women, including a mentoring scheme which has been taken up by 2,200 staff across the Sainsbury’s Group (which includes Argos and Sainsbury’s Bank).

Around a third of its senior managers and directors were women, compared to 58% of its in-store staff.
“I’m a strong advocate of women’s mentoring which has proved really successful in my region,” said Luke Baldwin, a regional operations manager at Sainsbury’s Supermarkets. “We now run mentoring circles with groups of talented women. I’ve seen my team grow in confidence and drive gender inclusion across our region as a result.”

Tesco has gone one step further with its female development plan and has committed to having women in at least a third of its board-level positions by 2020. A quarter of these positions were taken up by women at the end of 2017.

The company, which is the UK’s biggest retailer by turnover and has a median gender pay gap of 8.7% (2.7% when adjusted for premium pay), has also signed up to the 30% Club, which encourages businesses to have a minimum of 30% female representation in senior roles.

Tesco is also working with Timewise on a pilot scheme to help remove the barriers to career progression for part-time workers through greater flexible working opportunities in managerial roles.

“We pride ourselves on being an inclusive business, and already encourage flexibility, including part-time work,” commented Tracey Killen, John Lewis Partnership’s director of personnel. “We have recently launched an internal interview bank to support partners to be better prepared for the next step in their careers.”

It made it a requirement for all of its line managers or those with hiring responsibilities to take part in e-learning around inclusion and avoiding bias, and placed emphasis on flexible working and shared parental leave to ensure working parents are given the same opportunities as those without children.

Elsewhere across the retail sector, lingerie retailer Boux Avenue had the largest gender pay gap and paid men on average 75.7% more than their female colleagues. However, it had a median gender bonus gap that was in favour of women by 100%.

Boux Avenue claimed this was down to the intimate nature of its products attracting predominantly female shop floor staff, who are paid an hourly rate, while the small proportion of its male employees were in salaried roles.

Women’s sportswear retailer Sweaty Betty had the second largest gender pay gap in retail at 68.1%. There were no men in its lower or middle quartiles, and 4% of its top-quartile staff were male. However, the male employee’s salaries were enough to skew its overall pay gap.