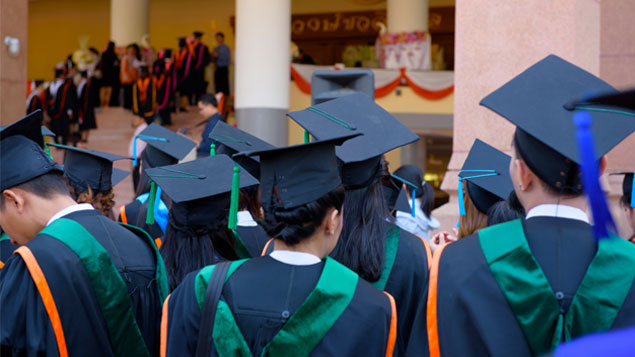 Putting a job candidate’s experience and skills into context can help employers find overachievers. Raphael Mokades, founder and MD of Rare Recruitment, explains the benefits of contextual screening for people from disadvantaged backgrounds.

With skills shortages a cause of concern for employers, finding the right candidate has never been more important.

But the recruitment process can be daunting for those from disadvantaged backgrounds. Employers might overlook their talents, without seeing what they overcame to gain skills or achieve qualifications.

Since 2005, Rare Recruitment has attempted to help place those from disadvantaged backgrounds into suitable roles, using a large volume of data to transform diversity in graduate recruitment from ambition to reality.

The result is life-changing for candidates: high achievers from disadvantaged backgrounds are 19% less likely than their more privileged peers to apply to top firms but, with the CRS, their chances of success on application increase by 50%.

For instance, Sengova Kailonda, who as an 11-year-old arrived in the UK from war-torn Sierra Leone and attended an inner-city school in special measures, is now an asset finance lawyer at Hogan Lovells.

“Rare’s Articles programme gave me one-on-one access to senior lawyers but, crucially, aimed to make me a better candidate rather than make the process easier for me as a black person from a disadvantaged background. It prepared me for a career, not just an interview,” says Kailonda.

Another candidate, Ailsa Harris, has regained her confidence after she was told at university that she was intimidating. “I wasn’t – I was just black and six feet tall – but that caught in my subconscious and I struggled to be assertive.”

Now, she is head of apprenticeship quality, standards and assessment at the Department for Education.

“Rare taught me to use my physical presence, not to be intimidating but to be heard. Rare gave me the confidence and belief I needed to be myself in the assessment centre, which in turn got me into the Civil Service Fast Stream and a flourishing career,” she adds.

The advantages of contextual screening are not limited to candidates. Our clients devote huge resources to their graduate schemes and the CRS gives them the confidence that they are hiring the most motivated and resilient people.

Rare works with most of the big City law firms, including every magic circle firm, as well as banks and other major graduate recruiters. We also work with a national supermarket chain and one of the country’s largest utilities companies.

Jacob Rosenzweig, partner and MD at Boston Consulting Group, is thrilled with the results of the firm’s partnership with Rare. It has now more than doubled the number of black graduates it recruits.

“Our work together over the past four years has seen us recruit some fantastic candidates from a wide pool of talent, which we could not have achieved without Rare’s support,” he says.

As the people we placed at the beginning of our history mature in their careers, we see the truth of our proposition demonstrated again and again. We have now been tracking candidates for 13 years and the employment arc of our earliest placements – who are now approaching the mid-career point – shows men and women from less privileged backgrounds forging ahead and demonstrating their value to employers.

Clients are so persuaded of the CRS’s ability to source the best candidates that one – a former partner at Slaughter and May – joined our board. Our mission is not just to open access to rewarding careers for people who have surmounted a challenging start in life, but to make their talents and drive accessible to the employers who need them.

Contextual screening has been a great success, but there is more for us to do. A related area is unconscious bias – a neurological reaction to the unfamiliar.

Our mission is not just to open access to rewarding careers for people who have surmounted a challenging start in life, but to make their talents and drive accessible to the employers who need them.”

We believe that these natural reactions have an impact on recruitment, especially when interviewers conclude that someone “isn’t the right fit”, or make other assumptions about how people seem, rather than how they are.

To combat this, we have a new training product in development, Hemisphere, which involves playing hiring managers a series of videos and voice recordings designed to make them more aware of unconscious bias, and to help them overcome it when they are interviewing. It’s in the testing phase but we are certain that our work to help both candidates and recruiters is about to take an exciting new direction.

Raphael Mokades is founder and MD of Rare Recruitment, which aims to connect people from disadvantaged backgrounds with top employers.
View all posts by Raphael Mokades →
Previous Article
Next Article