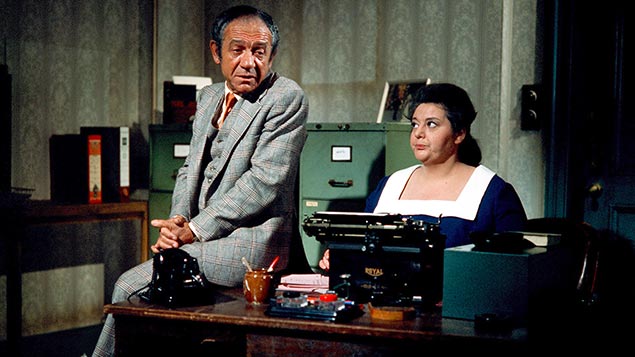 Female councillors face a culture of sexism “which would not be out of place in the 1970s”, according to Dame Margaret Hodge MP, co-chair of the Local Government Commission.

The commission, which has today released interim findings of a year-long study led by the Fawcett Society in partnership with the Local Government Information Unit (LGiU), has reported that sexism is commonplace in local government with almost four in 10 female councillors having experienced sexist comments from within their own political party.

The survey of more than 2,300 councillors also found that one-third of female councillors have experienced sexist comments in the council chamber, and 43% say they are held back by assumptions about what they can do just because they are women.

A shocking 10% have experienced sexual harassment from other councillors.

Dame Margaret Hodge, co-chair of the commission, said: “We are seeing a culture in some parts of local government which would not be out of place in the 1970s.

“This in turn is linked to the under-representation of women in local government where we have seen very little progress over the past 20 years.”

Women’s representation in local government remains low. Only 33% of elected local councillors in England are women, an increase of just five percentage points since 1997. Over the same period, the proportion of women in Parliament has increased from 18% to 29%.

The number of women council leaders has barely changed either, up from 14% to 17% in 10 years.

The commission finds that slow progress is exacerbated by many councillors remaining in office for significant periods of time. In 2016 men were 1.6 times more likely to be long-term incumbent than women. Of those who have been in office for 20 years or more, there were three men for every one woman.

We are seeing a culture in some parts of local government which would not be out of place in the 1970s. This in turn is linked to the under-representation of women in local government where we have seen very little progress over the past 20 years” – Dame Margaret Hodge

Other key findings include:

Sam Smethers, Fawcett Society chief executive, said: “Women councillors from all major parties are reporting sexism and sexual harassment from within their own parties and from other councillors. This problem is not confined to one party, and is commonplace across local government.

“We are sadly used to hearing about the misogyny our politicians experience from the public via social media, but this research shows that they are also experiencing it from within their own parties, including their male council colleagues. ”

The Local Government Commission’s final report will be published in the summer, making recommendations to address key issues faced by women councillors and the barriers to female representation in local government.

The LGiU undertook an online survey of councillors on behalf of the commission. The survey was in the field in December 2016 and January 2017 and was sent to all councillors (male and female) in England and Wales.