Shared parental leave should be ‘overhauled’ 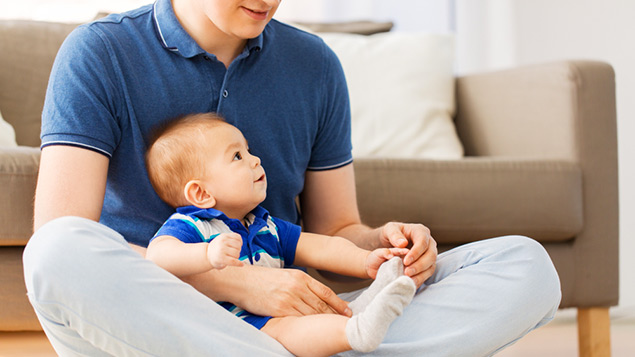 Shared parental leave is unaffordable for most working families and should be overhauled, according to the TUC.

On the fourth anniversary of its introduction, the union body said that increasing paternity leave could help half a million dads spend more time with their new babies.

Parents can only take shared parental leave when the mother gives up part of her maternity leave. The TUC said that dads and second parents should have their own special leave that should be available from day one in their jobs – including those who are self-employed, agency workers or on zero-hours contracts.

It has called for statutory paternity pay and shared parental pay to be increased to “at least minimum wage levels”. This would almost double the weekly statutory pay rate to £287.35, based on a 35-hour week for someone aged 25 or more.

Increasing the current statutory paternity leave period (14 days) and extending the leave to all fathers, including those who are self-employed, agency workers or on zero-hours contracts, could benefit almost 500,000 dads, the TUC said.

“If ministers are serious about getting men more involved after their child is born they should give all dads longer, better-paid paternity leave.

“Dads need leave they can take in their own right. It shouldn’t rely on mums giving up some of their maternity leave.”

Last year only 9,200 new parents took shared parental leave – just 1% of those who were eligible to do so, below the government estimate of 2-8% take-up.

The TUC argues that participation is low because the scheme is so poorly paid (£145.18 per week) making it unaffordable for most fathers.

A recent report from the women and equalities committee suggested that the government should consider increasing statutory paternity leave to 12 weeks, while this week two high-profile companies – Diageo and O2 – announced enhancements to their parental leave policies.

A report by Money Guru this week has suggested that the UK is the sixth best country in which to be a parent, behind Norway, Iceland, Germany, Singapore and Switzerland.

One Response to Shared parental leave should be ‘overhauled’