By Jo Faragher on 1 Jul 2015 in Learning & development, Emotional intelligence 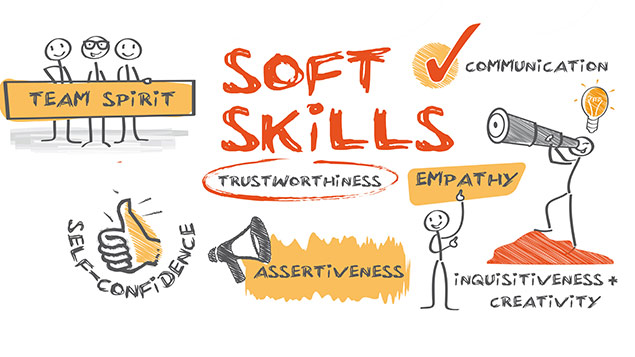 A group of major employers, led by McDonald’s, has called for measures to formally recognise and promote soft skills such as communication and teamwork.

The group also cites a new report from Development Economics, which claims that employees who better demonstrate skills such as teamwork and time management could boost their lifetime earnings by as much as 15%.

Until the end of the month, Personnel Today is currently offering free assertiveness training to all employers through lynda.com

The coalition of businesses, which also includes the National Grid and publishing company Pearson, has recommended the creation of a formal soft skills framework for schools, employers and employees.

The framework would enable employers and individuals to benchmark and develop their soft skills throughout their education and career.

The group’s further recommendations include greater emphasis on soft skills in the school curriculum; improving mentoring and volunteering programmes; and encouraging Government to recognise the importance of soft skills in its policies.

Entrepreneur James Caan, who backed the report, said soft skills were “vital” and could make or break businesses and careers.

“Everyone, from chief executives to young people in their first job, need these skills to realise their potential and help make their business productive and high performing,” he said.

“Economic conditions mean today’s business environment is more competitive than ever, and we need people with the right skills to stay ahead of the widening productivity gap.”

Recent research has highlighted employers’ exasperation with the lack of soft skills demonstrated by graduates entering the workforce.

Hay Group, for example, revealed in May that seven out of 10 graduates thought that technical skills were enough to succeed, while 91% of graduate recruiters felt a lack of people skills was hindering their leadership potential.

McDonald’s has established a working group made up of employers and industry bodies to drive forward the recommendations of the report.

Its initial aim is to issue a tender to academic institutions to develop a formal soft-skills framework.

Richard Forte, chief operating office for McDonald’s UK and Northern Europe, added: “Establishing this working group is the start of this journey but this isn’t a challenge that can be undertaken by businesses alone – the education sector, voluntary and youth groups must come together with industry to realise the potential of the hard value of soft skills.”