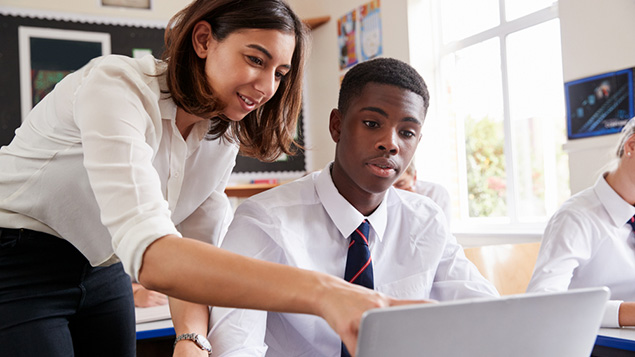 The government has provided more information on pay increases for teachers since it announced the biggest sustained uplift in pay since 2005 last September, but unions have said the proposals will be “devastating” for experienced teachers.

Under proposals submitted to the School Teachers’ Review Body (STRB), education secretary Gavin Williamson has outlined plans to increase starting salaries to at least £26,000 from September, with those in outer and inner London to rise to £30,000 and £32,000 respectively.

This is the first step towards a commitment to increase starting salaries to £30,000 outside London by September 2022.

Experienced teachers and heads would see an above-inflation pay increase of 2.5% to their pay ranges, with early-career teachers receiving up to 6.7%.

Williamson said: “We want to make teaching attractive to the most talented graduates by recognising the prestige that we as a society place on the profession.”

All teachers in England need a 7% pay increase fully funded by the government as the start of a process of restoring the real-terms cuts to teacher pay in England since 2010” – Kevin Courtney, NEU

Department for Education analysis suggested the proposed changes could see the retention of 1,000 teaching professionals per year by 2022/23. And it said the pay increases would be affordable for schools through its plans to invest an extra £14 billion over the next three years – starting with an additional £2.6 billion in 2020-21 and rising to £7.1 billion in 2022-23.

However, Kevin Courtney, joint general secretary of the National Education Union (NEU), said the increases to starting pay represent long-overdue recognition that teacher training targets have been missed for years, and that a significant number of those who qualify leave teaching within five years.

The increases “need to be replicated across the teacher workforce,” he said. “The 2.5% increase proposed for September 2020 for experienced teachers is likely to be barely at the level of RPI inflation according to the latest forecasts. It will also fail to restore the value of teacher pay in the graduate labour market.”

The retail price index (RPI) measure of inflation, which is most commonly used in pay negotiations, currently stands at 2.2%.

“The government should know from teachers’ reaction to previous differentiated pay increases that this announcement will create widespread dismay. With teacher retention problems worsening, this is a devastating message for experienced and dedicated teachers.”

“The government’s approach will create new problems. Starting pay needs to be increased significantly to attract new recruits to teaching, but we need to stop the loss of experienced teachers too. All teachers deserve a pay increase that will make a significant start in restoring the real terms cuts to their pay since 2010.

“Although the government recognises that teacher workload is through the roof, its efforts to combat it has made precious little difference. This is because Ofsted and the accountability culture continues to run rampant in England’s schools. This is another contributing factor to the recruitment and retention crisis. Many young teachers find their working conditions to be untenable and leave as a result.

“As our own evidence argues, all teachers in England need a 7% pay increase fully funded by the government as the start of a process of restoring the real-terms cuts to teacher pay in England since 2010.” The NEU submitted its own proposals to the STRB yesterday.

The STRB will now consider Williamson’s proposals and respond with its recommendations later in the year.