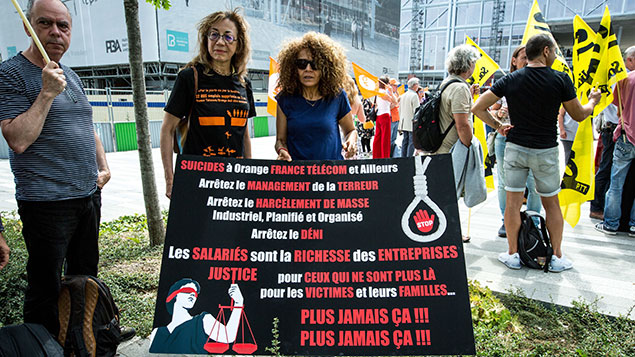 French telecoms operator Orange has been accused of ’moral harassment’ leading to 19 suicides among employees. The case could have significant ramifications for large businesses.

Senior managers at Orange, formerly France Télécom, were accused of cynically designing policies in the 2000s to persuade staff out of the company to save wage costs. Ex-head of human resources Olivier Barberot was among seven executives in the dock.

A verdict is not expected until December but a 10-week landmark trial has just concluded in the case which could see the three most senior former executives jailed for a year and a £67,000 fine imposed.

Many of the company’s staff were taken on in the 1980s and 90s as state employees and were expecting long careers with high quality benefits, but the court heard from the prosecution how top executives created conditions that they knew would push some employees into despair and depression.

In addition to the 19 suicides are 20 former staff who claim they’ve been the victims of managerial abuse. Other suicides at the company were not included, presumably because they were not solely linked to the management policies. Over 2008-9 alone 24 workers killed themselves and a dozen others made attempts to end their lives.

One employee, 56-year-old Rémy Louvradoux, died by setting fire to himself outside his office in Mérignac near Bordeaux. His daughter Noémie told the court “My father’s death meant [management’s] objective had been achieved.” A technician in Troyes, south-east of Paris stabbed himself in front of other staff during a management meeting, but survived. Another employee Michel Deparis, killed himself in 2009, leaving a letter stating, “What led to this is my job. France Télécom is responsible for my suicide.”

Between July and September 2009 six staff killed themselves with unions at the time blaming restructuring cuts, extreme pressure, bullying and poor management methods. One 51-year-old threw himself off a bridge in the Alps after being moved from a back-office job to one in a call centre. Previously, a 32-year-old woman jumped from her office in front of colleagues at the end of the working day. Both left notes blaming unbearable working conditions and enforced job changes.

Orange was divested by Vodafone in February 2000 because EU regulations wouldn’t allow the latter to hold two mobile phone licences (Vodafone had also acquired Orange’s then owner Mannesmann in a hostile takeover). State-owned but autonomous France Télécom bought Orange in August 2000 and merged its mobile operations with its own.

A fall in the company’s stock price saw France Télécom hit with debt and the NeXT and ACT plans were put together in 2006 to restructure the firm and cut costs. The enterprise took the decision to rebrand as Orange across all its markets in 2013.

The ACT scheme was aimed at achieving 22,000 job cuts (from a total of 130,000). The company told Personnel Today that the reduction in the workforce was achieved by not replacing people leaving either through retirement, early retirement or transferals outside the company. In a speech at the time, cited at the trial, then CEO Didier Lombard, now one of the accused, said: “We must be quite clear that we cannot protect everyone. In 2007 I will have these job cuts one way or another. By the window or by the door.”

A video was also referred to in court of Lombard telling a management meeting “those who think they can just stick to their routine and not worry about a thing are sorely mistaken”.

He went on to suggest that staff outside Paris spent their time at the beach, fishing for mussels, adding those days were over.

Lombard left France Télécom in 2012 in the wake of the suicide crisis. There had been some suspicions aired he had remained with the company longer than envisaged so he could profit from his stock options as the company’s share price recovered. Orange denied this was the case. 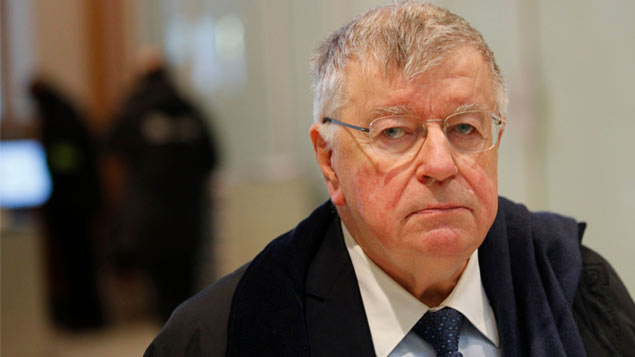 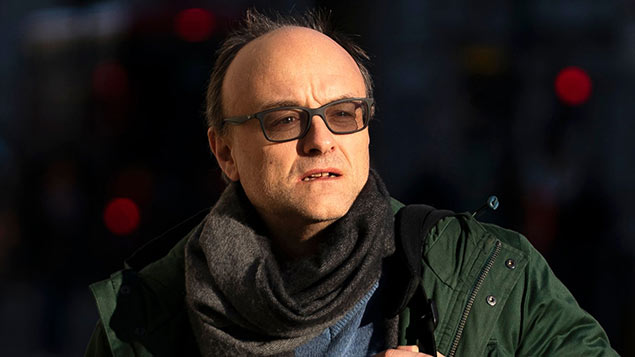 The Cabinet Office is recruiting an HR policy lead for special advisers following reports of friction between Downing Street and...