The year ahead: 10 people management priorities for 2012 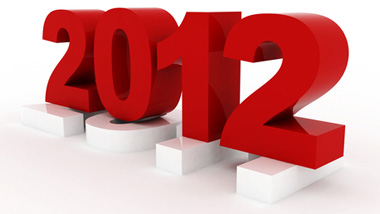 After a tough year of economic uncertainty, when keeping staff engaged while keeping an eye on budgets was at the front of many HR professionals’ minds, will 2012 offer more of the same? Personnel Today looks at 10 people management priorities for the coming year.

Staff will still feel the sting of pay cuts, wage freezes and job losses during 2012, and squeezed budgets may mean that limited training and promotion opportunities will be available. Employee engagement is so low, according to reward consultancy Mercer, that one employee in three is seriously considering leaving his or her organisation. Its recent “What’s working?” report advises employers to look into aligning pay with performance. Angela Baron, organisation development and engagement adviser for the Chartered Institute of Personnel and Development (CIPD), says that employers must make even greater efforts with their communication and leadership strategies: “There is a lot of pent-up frustration in the jobs market, and with fewer jobs to move on to and shrinking real pay, the ensuing disenchantment could do real harm to some businesses. Treating people fairly and enabling them to understand that they will share in success, as well as putting up with the pain, is essential if you are going to keep them engaged.”

Employers are used to dealing with unauthorised absence around big sporting events, but when the biggest sporting competition in the world hits our home turf this summer, attendance issues could reach an unprecedented scale.

Some workers may also have registered as volunteers for the Games, so arrangements for time off for this should be agreed as early as possible. Businesses located near the Games’ venues will, in addition, need to consider disruption to employees’ usual commuting arrangements and perhaps arrange for staff to work remotely, where appropriate.

Last year, conciliation service Acas published guidance for employers ahead of the Games, urging them to be as flexible as possible with staff, but to make sure they set expectations about attendance and performance.

The inevitable consequence of having to do more with less is that increased workloads and fears around job security will take their toll on staff. Research by the CIPD found that more than a quarter of employees had experienced a mental health problem while in employment, but few organisations encouraged staff to talk openly about mental health problems. Employers will also need to be watchful of a growing trend towards presenteeism, which telecommunications company O2 highlighted in a recent survey: it found that employees are less inclined to ask for flexible working because they felt that in the current economic climate, they should be seen to be at work.

From October 2012, employers will be required to auto-enrol people aged over 22 and earning a minimum of £7,475 per annum into a workplace pension. Communicating the changes to pensions provision will be one of HR’s key priorities this year, especially if the organisation is looking to open a new scheme or change contribution levels to meet the requirements. The CIPD recently found that more than half of workers did not know about the impending reforms, but Emma Watkins, business development manager at MetLife Assurance says that better communications around pensions provision could be an opportunity to increase employee engagement: “It would work as a retention tool if companies communicated about them better,” she says.

The jobs market will continue to be stagnant during 2012, with advertised vacancies struggling to increase in volume, according to Steven Kirkpatrick, managing director of Adecco (General Staffing). This means there will be a high number of candidates available for a limited number of roles, so HR professionals can afford to be selective about who they hire. “They are increasingly asking for very specific skills and experience,” says Kirkpatrick. Other data shows that job “churn”, where staff leave jobs and create new roles, will continue to be flat well into 2012 as workers crave job security.

The changes heralded by the Government’s “Red Tape Challenge” review of employment law – although designed to create less bureaucracy for employers in the long term – will need to be on HR professionals’ radar this year. Those confirmed include an extension to the qualifying period for unfair dismissal from one to two years, the proposed introduction of fees for bringing a grievance to tribunal and changes to the dismissal system. Georgia Whiting of Bracewell Law believes that good performance management, rather than more legislation, will be the key to managing some of the issues the Government is trying to address. “What needs to be addressed are the causes of underperformance that lead to dismissal in the first place,” she says. “I believe it is frequently down to poor performance management, poor training and a lack of investment in workers.”

Sites such as Facebook, Twitter and LinkedIn will prove both a threat and an opportunity for employers during 2012. While more and more organisations will use social media to expand their talent pool by reaching a huge potential number of candidates at low cost, some organisations still warn that organisations must encourage staff to use it sensibly. Recent figures from Acas suggest that more than 50% of employees are using this technology and this is likely to rise over the coming year. Vanessa Robinson, head of HR practice development at the CIPD, says that setting clear and sensible guidelines about using social networking sites, rather than posing an organisation-wide ban, makes much more sense. “More importantly, HR increasingly understands the benefits to be gained through harnessing these new digital channels, for example, to enhance engagement, knowledge sharing and employee voice,” she says.

Organisations that employ temporary workers will have already considered how they will balance the requirements of the new Agency Workers Regulations (AWR) – which entitle those workers to the same pay and benefits as permanent staff after a qualifying period of 12 weeks – with their manpower budgets for the coming year. But Tom Hadley, director of policy and professional services at the Recruitment and Employment Confederation (REC), says that once the Regulations have had a chance to bed in, most organisations will avoid the bureaucracy and cost of the hassle of laying off temporary workers at the end of each 12-week period so that they can avoid the obligations: “In the long term, the benefits you get from having a flexible workforce will outweigh the cost of keeping temporary staff on,” he says. The REC’s latest Jobs Outlook, which looks at hiring intentions, shows the number of employers planning to make less use of temporary staff due to the AWR as down by 7% in the past three months compared with the same period last year.

Changes around pension entitlement and the removal of the default retirement age announced in the past year will mean that employers will have to pay close attention to how they manage older workers in the coming year. Government proposals around “protected conversations” may mean that employers can have a without-prejudice discussion with staff who would traditionally be approaching the end of their working lives about how they phase their retirement – but these are yet to become law. In the meantime, organisations need to ensure that they use fair performance management, recruitment and reward processes that do not discriminate against older workers. The new rules also make it more difficult to predict when someone will retire, so managing headcount will become more of a challenge.

According to Simon Caunce, UK and Ireland president at HR technology supplier NorthgateArinso, HR professionals need to prepare themselves for more mobile access to HR services in the coming year. Tablet orders are predicted to account for 50% of laptop shipments by 2015, so organisations need to prepare themselves for employees and managers looking to access HR information “anytime, any place, anywhere”. “This blurring of the lines between personal and professional device access may present significant challenges in terms of uniform access and security,” he warns.