Thousands could be using fake degrees to apply for jobs 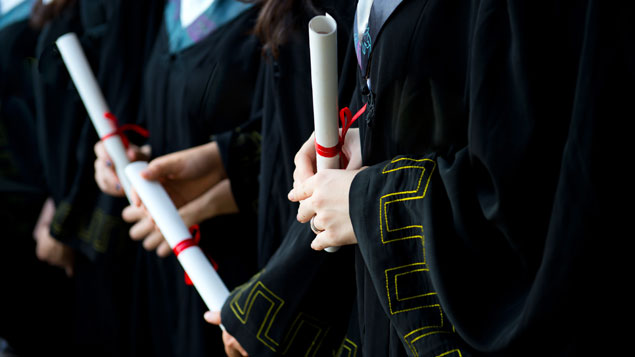 Thousands of workers and jobseekers could potentially be misleading employers about their qualifications after buying fake degree certificates online.

An investigation by the BBC Radio 4’s File on Four programme discovered that thousands of people in the UK had bought degree certificates from a “diploma mill” in Pakistan, which advertises courses from a number of universities that do not exist.

Documents showed that around 3,000 bogus qualifications – including PhDs and master’s degrees – were sold to UK-based buyers by software company Axact in 2013/14, including some working at the NHS.

Some of the NHS staff approached by the programme, including a doctor and an anaesthetist, claimed that they had not used the fake degrees to apply for jobs in the UK.

Employers were reminded that it is their responsibility to make sure the qualifications their staff claim to have are legitimate.

Allen Ezell, a former FBI agent who has investigated companies that produce fake degree certificates, said: “Employers are not doing their due diligence in checking out the papers, so it makes it work. It’s the damnedest thing we’ve ever seen.”

Higher Education Degree Datacheck chief executive Jayne Rowley estimated that only a fifth of employers conducted proper checks on applicants’ qualifications. She said that using a fake degree certificate to apply for a job may be seen as fraud by misrepresentation and could carry a 10-year prison sentence.

Axact sold more than 215,000 fake qualifications globally from around 350 fictitious universities and high schools to buyers in 2015, allegedly making $51m (£36.9m). Its chief executive Shoaib Ahmed Shaikh was arrested in 2015, but released on bail after 15 months in custody, while senior manager Umair Humaid received 21 months in prison in August 2017.

The Department for Education said it would crack down on those who seek to profit from fraudulent degree certificates.

MP James Frith, who sits on the House of Commons’ education committee, said he would get the committee to look into the issue of fake degree certificates.