Three in five suffer at work due to menopause 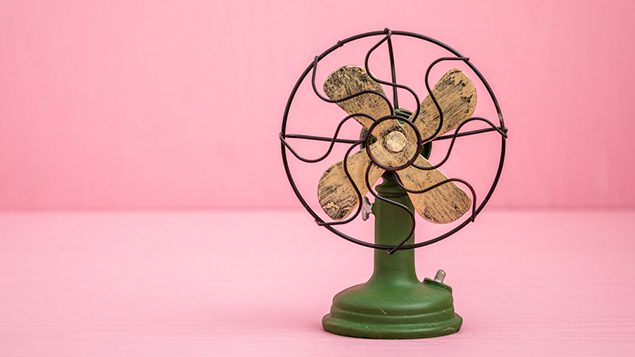 Helping to create a cooler working environment can ease some symptoms

Three out of five working women between the ages of 45 and 55 believe their menopause symptoms are having a negative impact on them at work, according to research by the CIPD.

Almost two-thirds (65%) said it affected their ability to concentrate, more than half (58%) said they experienced more stress and 52% said it made them less patient with clients and colleagues.

Supporting employees through the menopause

Nearly a third (30%) had taken sick leave because of their symptoms, but only a quarter were able to give their manager the real reason for their absence.

The CIPD has launched a guide this week to support employers manage the menopause at work, citing the average age of transition as 51.

Privacy was the top reason not to disclose menopausal symptoms, according to 45% of the 1,409 women surveyed. A third (34%) said they were too embarrassed to say why they had taken time off and 32% said their manager was unsupportive.

Rachel Suff, senior policy adviser for the CIPD, said that menopause needed to stop being a workplace taboo. “It’s likely that nearly every workplace in the UK has someone experiencing the menopause right now but many managers are in the dark on how best to support them,” she explained. “Line managers should be ready to treat the menopause like any other health condition and have open, supportive conversations with women in their teams.”

With the right guidance and support, she added, “women are much more likely to feel confident about asking for the support they need to be effective in their role”.

“Managers also need to work closely with their HR teams to understand what simple, practical adjustments can be made to help women feel more comfortable and able to manage their work.”

The guide offers a number of tips for managers, including regular and informal one-to-ones with all employees so they feel they can have a conversation about changes to their health, taking the lead from individuals rather than making assumptions, and remembering that symptoms can fluctuate and therefore a flexible approach is required.

In terms of helping employees manage some of the physical symptoms such as sleep disruption or hot flushes, the guide suggests employers consider flexible or home working arrangements when appropriate, and look into ways to cool the working environment, for example by providing a fan.

The most common symptoms reported by women in the CIPD’s survey were hot flushes (72%), sleep disturbances (64%) and night sweats (58%). More than half (56%) said they experienced psychological issues such as mood swings, anxiety and memory loss.

A Government Equalities Office spokesperson said it was vital for employers to support menopausal women “to feel comfortable and confident at work, for their own sake and for the sake of our economy.”