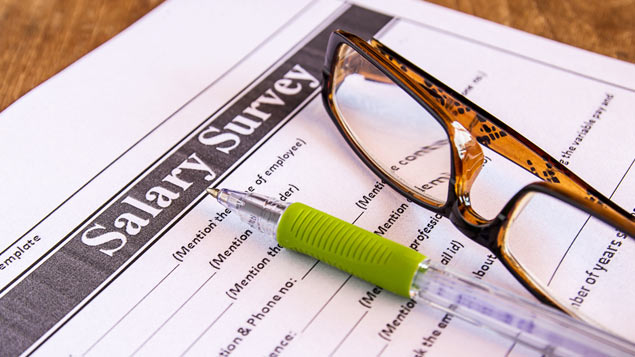 Due to the upcoming reporting legislation, employers are beginning to embrace their responsibilities on addressing gender pay equality. Ruth Thomas looks at the broader reasons why organisations should make pay transparency a reality, and three key principles for doing so.

Advancing pay equality remains high on the political agenda here in the UK, the US and the rest of the developed world.

This month, the UK Government Equalities Office announced its follow up consultation to the July 2015 Closing the Gender Pay Gap consultation, inviting feedback on the proposed draft Regulations introducing mandatory gender pay gap reporting for private and voluntary sector employers in England, Scotland and Wales with at least 250 employees.

Subject to the approval of Parliament, legislation is now expected to come into force on 1 October 2016. This will affect around 11.3 million employees, representing 34% of the total UK workforce.

While pay equality is one of the reasons driving transparency, rather than simply doing the minimum to be compliant, employers should also consider the wider benefits of being perceived as fair and transparent.

How pay transparency has evolved

It was not that long ago that every pay review letter was ominously footed: “Details of your pay are strictly confidential and should only be discussed with your manager or else.”

Disclosure was a disciplinary offence and the secretive world of employee compensation was shrouded in mystery. The Equality Act 2010 changed that by outlawing pay secrecy.

Today, some companies are practicing complete pay transparency. One renowned advocate is Buffer, which two years ago made the salaries of its entire company public in an effort to provide full transparency for both its team and customers.

Their open salaries approach was updated in November 2015 (and, of course, published). Other start-ups have followed suit – one such company is Giant Swarm.

The UK recession had a corrosive impact on employee perceptions of reward fairness due to factors such as pay freezes and disclosures about banker’s and executive pay.

As reward professionals, we have had to work hard to regain employee trust in reward and improved communication has been critical. Employers have had to communicate more openly how limited budgets have been distributed relative to individual and business performance.

Another key outcome of the recession was increased governance of reward – legislation has emerged driven by financial sector regulators with the impact now being felt across all sectors.

Simply paying people more does not improve engagement, however, paying people fairly does. If you have not started the journey then here are my suggested tips for your organisation:

The overriding theme here is greater transparency in how much people are being paid and how this is aligned to business results.

Other macro issues are driving pay transparency. You could conclude that pay transparency is inevitable in today’s age of information sharing, with platforms such as Glassdoor and Payscale becoming available.

That said, although many of us choose to share personal details in the public domain, there is still some personal sensitivity around sharing details on what we are paid. However, the ease of access to pay information is undoubtedly driving transparency.

Even more compelling is that employee expectations are driving this agenda. Millennials are disrupting the workplace (usually in a good way) and they are changing how organisations manage engagement and retention. If you want to retain employees in this group, honesty appears to be the way to go.

There are three key principles underpinning pay transparency that employers need to consider if they are to increase employee engagement:

When considering employee engagement – and the impact of reward on employee retention – fairness is critical.

Research supports the theory that when an employee leaves an employer for reasons relating to pay, it is not over the absolute value but over the perception of whether or not they are paid fairly relative to their peers and the market.

A Harvard Business Review study in October 2015, based on a Payscale survey, revealed a gap in employee perception on how they are paid relative to market – 64% of those who were paid at market rate thought they earned less than that rate.

Other studies have shown that one of the top predictors of employee sentiments, including “satisfaction” and “intent to leave”, was a company’s ability to communicate clearly about compensation and relativity to the market.

Pay audits identifying pay differentials and, subsequently, addressing gaps will be high on the agenda for many employers this year. About time, if you think that the Equal Pay Act was passed in 1963 in the US and in 1970 in the UK.

We know some companies have already started allocating budgets to address pay differentials, and many are establishing an approach that will allow them to address (over time) the quantum of the challenge they are facing. It is indisputable that we all need to act now to address pay equity as greater challenges are coming.

Predictions indicate that the workplace will become even more diverse as digital technology transforms how we work.

We will see an ageless workforce with increased variability in working patterns, working socially and digitally, in multinational teams that collaborate globally. This will raise further challenges on pay equity.