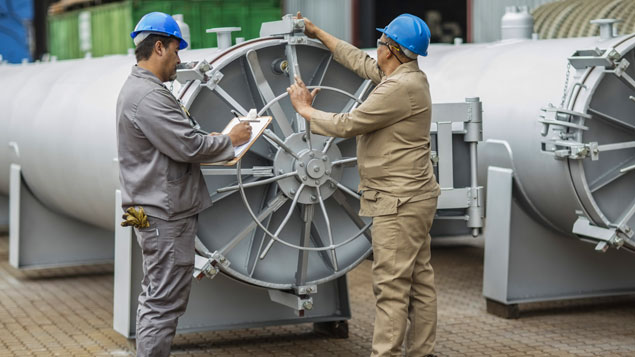 For eight consecutive months the number of applications for certificates of sponsorship for non-EEA workers have surpassed the number available under the Tier 2 (General) system. But there are alternative routes employers can go down to get the highly-skilled workers they need, as well as ways to maximise their success under the Tier 2 system. Ashleigh Wight reports.

In July many employers hoping to recruit highly-skilled people from outside the European Economic Area (EEA) were once again informed that their visa applications under the Tier 2 (General) route had been unsuccessful. The monthly cap had been reached once more – an issue that has continued every month since December.

The government and employers had hoped the situation would have improved following the removal of NHS doctors and nurses from the monthly cap on the number of certificates of sponsorship that can be issued by the Home Office.

It was thought that this would open up more allocations for other sectors struggling with a shortage of skilled workers – engineering or IT for example – but it has appeared to have made little difference.

Monthly figures released by UK Visas and Immigration show that 2,446 certificates of sponsorship were issued in July – the highest number of any month to date. Some certificates were even “borrowed” from the number available for allocation in August.

But this was still not enough to fill employers’ vacancies for skilled workers. Simon Kenny, principal associate at Eversheds Sutherland, tells Personnel Today that around 2,000 applications for certificates of sponsorship are refused every month, with anybody offered a role with a salary of less than £41,000 unable to receive permission to work in the UK last month.

“And this salary figure is only going to rise,” he says. “But many salaries in the pharmacy sector or engineering are unlikely to reach above £41,000.”

According to the Home Office, the minimum salary threshold under Tier 2 (General) is £30,000 for experienced workers and £20,800 for new entrants (recent graduates and those under 26).

When demand exceeds availability, a points-based system applies. First priority, and the highest number of points, is given to applications for roles where there is a national shortage of labour – determined by the Migration Advisory Committee. These roles have never been refused places, the Home Office claims.

Any remaining places are allocated on the basis of salary, from highest to lowest.

Kenny says many employers are still unsure of what to do when applying to sponsor a worker under the scheme.

“The issue is with the way the system works,” he explains. “[It] is leading to uncertainty. The salary might be sufficient one month and the next it’s not high enough.

“Employers still don’t have clarity about what they need to do.”

A Home Office spokesperson says it publishes guidance on the monthly allocation process and the criteria employers and workers need to meet.

“We keep all of our immigration routes and the associated guidance under regular review. Our system of allocating places within the Tier 2 visa system provides a fair, flexible process for assessing all applications received in any one month – and enables us to manage the operation of the Tier 2 cap.”

“However we cannot predict or control the number or types of application that we receive in any given month.”

Many are realising that they are likely to need to attract more British nationals to certain roles. In some cases, this means providing additional training” – Kerry Garcia

While employers and their potential new starters can try to apply for a visa under the Tier 2 route again the next month, there are a number of alternative options which may offer greater chances of success, or be more suitable.

Kenny advises employers to plan ahead, looking at how they are resourcing their roles and where they look for candidates. For example, there may be ways of attracting candidates from the UK or other EU countries who don’t require a working visa.

Kerry Garcia, employment lawyer at Stevens & Bolton, agrees: “Many are realising that they are likely to need to attract more British nationals to certain roles. In some cases, this means providing additional training. It may also mean using different recruitment strategies.”

But in cases where there are simply not enough skilled British workers available to fill the positions, there are alternative visa options available to overseas workers.

Kenny suggests looking at the Tier 5 (Youth Mobility Scheme) visa, which is available for people aged 18- 30 who want to live and work in the UK for up to two years. Most younger people would be eligible to apply for a Tier 5 visa, unless they have applied to work as a professional sportsperson, or doctor or dentist in training.

“It’s often a very useful way for people to come to the UK at the start of their careers,” he says.

Garcia suggests a number of other immigration options. “Applicants from Commonwealth countries may be able to apply for an ancestry visa if they have a UK born grandparent and other applicants may be able to apply as the dependant of a British or EEA partner or spouse. These routes would avoid the need to sponsor the applicant under Tier 2.”

Many salaries in the pharmacy sector or engineering are unlikely to reach above £41,000” –Simon Kenny

If employers struggle to find candidates under these routes, there are several ways they can help maximise their chances of success through the Tier 2 system. They must make sure the candidate meets the English language requirement, ensure the role is broadly a professional or managerial role and they should advertise the job extensively to ensure that no settled workers and suitable.

Garcia says: “Employers should bear in mind that the quota is divided into unequal monthly instalments. This means that the highest number of certificates available is usually between March and September and the number then drops from September until February.”

But, she warns, it does not look likely that the situation will improve soon. “Unfortunately this means that the number of available certificates will drop in September 2018 and we therefore expect that many employers and applicants may still struggle to obtain an unrestricted certificate unless the government decides to increase the annual quota.”