Transatlantic trends: HR in the US vs the UK 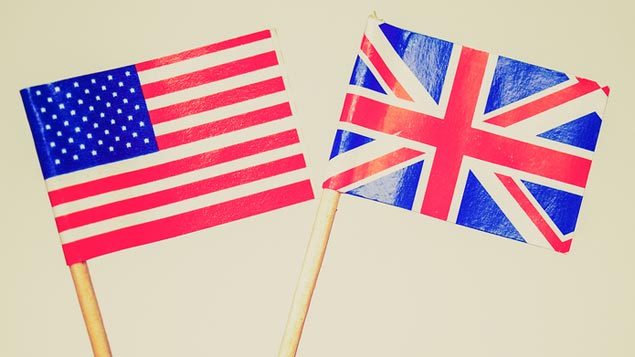 Given the huge disparities in the levels of maternity pay and annual leave, UK professionals could be forgiven for thinking that an HR job across the pond might be very different. But Dawn Nolan finds that, despite key differences in employment law, many employers in the US and the UK run on fundamentally the same HR principles.

Most UK workers probably have a defined idea of what it is like to work in a US office, and likewise American employees of their British counterparts. But beyond the stereotypes, HR in the two countries operates in many similar ways, with any key differences likely to be on a business-by-business basis.

International HR resources in the UK

“The legislative elements of HR may be different in the UK and the US, but when it comes to wider factors affecting organisations, we can see HR functions responding in a similar way to develop organisations and ensure that they enable their workforce to be the best they can,” explains Jessica Cooper, research adviser at the CIPD.

“Any differences in approach tend to be to do with the type and size of organisation, and what their business goals are, as opposed to geographic differences.”

Marianne Hanjaras, HR manager for Enterprise Rent-A-Car, has had first-hand experience of working in both the UK and the US. She agrees that differences in the way HR is structured, for example, “are more company-specific than country-specific”.

Currently responsible for Enterprise’s largest operational group in Europe, she moved to the UK 10 years ago, having previously worked for the car rental company in Los Angeles and New York.

Focus on the fundamentals

In terms of similarities, she asserts that there is “100% crossover of the HR fundamentals”, which is obviously good news for HR professionals looking to move into HR from the US to the UK and vice versa, as well as those with expanding global remits.

Similarly, Kimberly Kutcher, recently back in the US and searching for her next role having spent four years in the UK as an HR business partner for transport company FirstGroup plc, says: “I found most of the fundamentals of HR were the same or very similar in both countries – recruiting, performance management, succession planning and training/development.”

Again, Kutcher believes the structure of HR – and whether it is dispersed or centralised – really depends on the employer. In the US, she was vice-president for the ice hockey team Anaheim Ducks and Anaheim Arena Management. She has also held several positions at PricewaterhouseCoopers Consulting, including director of career development.

Jen Schramm, manager of workforce trends at the Society for Human Resource Management (SHRM), the key membership body for US HR professionals, notes that many large companies have shifted to a shared services model and this has influenced the market globally.

She argues: “US employers are certainly very influential across the global market, and US companies with operations in the UK and other European countries are definitely driving the shift to a business partnering model.

“On the other hand, most of our members from small-to-medium sized companies are maintaining a centralised model because it makes more sense for their business.”

Hanjaras says that, while HR in the US is anecdotally “trying to be transformational”, she believes that “the UK, being smaller and more agile, is taking on and responding quicker and better than the US”.

And from a credibility perspective, she feels that HR professionals in the US are still battling to prove their value. HR “is still the joke” and more likely to be seen as “ridiculous”, even though personally she has come into contact with “very focused business professionals who add value to the business”.

That said, she generally feels that HR is shaking off this image to focus on more strategic issues, such as gender equality and women in the boardroom.

Schramm, who previously worked at the CIPD in the UK, says: “Another difference I noticed is that the size of the country and the centralisation of so much economic and political activity in London makes it somewhat more likely for HR leaders in the UK to interact with policy makers in a less formal way.”

She adds: “I think this can facilitate the exchanging of ideas and helps HR participate in the wider debate on a range of issues.”

On the legal side, HR can take some comfort that employment laws in the US and the UK are “more similar than they are different”, according to Jonathan Segal, partner at law firm Duane Morris LLP.

Still, he warns that US employers doing business in the UK and vice versa risk financial, legal and PR liability if the differences are not recognised (see table below).

I found most of the fundamentals of HR were the same or very similar in both countries.” – Kimberley Kutcher, First Group

“By sheer size of the respective countries, I found working in the UK easier with regard to employment legislation compliance,” Kutcher admits. “In the US, there are many different state employment laws that can make it difficult to manage and stay compliant, if your employer has operations in many states”.

More specifically, she warns: “State laws and even city laws (such as in San Francisco, which tends to ‘lead the way’ in a lot of the employment legislation in California) make it challenging for larger-sized companies with more than one business location.”

Hanjaras points out that “some US federal laws [these apply to the nation as a whole and to all 50 states] supersede state laws, which can be confusing”, but, on a practical note, “the tight US framework of federal and state laws actually makes it easier to create policies to reflect those”.

In the US, there are many different state employment laws that can make it difficult to manage and stay compliant.” – Jonathan Segal, Duane Morris

Hanjaras says spending time with an employment lawyer and attending seminars got her up-to-speed with UK laws when she first arrived. She explains that “the good thing with the UK is it’s far less litigious,” but warns that “it’s more challenging and less ‘black and white’, as laws are subject to interpretation from the courts”.

“European countries tend to be more heavily unionised than the US and this holds true for the UK as well,” says Schramm. “Along with the UK’s national legal framework for employment law, the European regulatory environment is clearly also a major influence on the way HR is managed in the UK.”

Hanjaras believes that the laws in the UK tend to favour employees, with the balance tipped in their favour. She cites “much better maternity rights” as an example.

One of the biggest shocks for people moving to the US, she warns, is comprehending the huge difference in annual leave of days – not weeks – and that it is the cultural norm.

For those moving into HR across the Atlantic, Kutcher advises seeking out resources from the CIPD and SHRM, as well as government sites. The CIPD Profession Map, for example, offers guidance on working in HR on a global level.

It is clear that Kutcher values the insight that her dual UK/US HR experience has provided, saying that: “Working in the UK has made me appreciate different cultures outside America.”

Former group editor of Personnel Today, Dawn Nolan is now a regular freelance contributor. She has 18 years’ experience of writing, editing and commissioning for business and consumer media.
View all posts by Dawn Nolan →
Previous Article
Next Article