Tribunals in dock over alleged bias against HR

Employers that send HR professionals to fight employment tribunal claims are allegedly facing growing bias from the tribunal chairs, who would rather listen to trained lawyers.

Concerned readers, all of whom asked to remain anonymous, have contacted Personnel Today to complain that “clear preferential treatment” was being given to advocates from the legal profession. They also fear being “blacklisted” in future claims if they choose to complain about the way their case was handled.

“Both a lay person for the tribunals and a manager at the tribunals office have advised me strongly not to complain about the actions of any tribunal chairman, even if we consider their administration or their management of a case to be wholly inappropriate or blatantly biased,” one said.

“[Employment tribunals] have become a talking shop for the legal profession and an old boys’ network, with clear preferential treatment being given to claimants and against HR people like myself acting as advocates,” another added.

A third said she would “never dream of defending a case with HR professionals”.

“My experience is that organisations are now defending far fewer cases than they would have done a few years ago,” she said. “It is considered much harder to win a case as an employer.”

Judge Meeran, the president of the Employment Tribunals in England and Wales, insisted that any perception that tribunal chairs were biased in favour of one or other party had no basis in fact.

“Tribunal chairs are – and are required to be – scrupulously fair and impartial in presiding over employment tribunal cases,” he told Personnel Today. “It is important to note that, in the vast majority of cases, the chair sits with two members, one from each side of industry.”

“[This] ensures that, as a public body, we discharge our duties impartially and justly, as we are required to do,” Meeran added.

No official figures exist as to how many tribunals are contested by HR professionals, but experts estimate it could be as many as one-third of cases. Last year, the total number of tribunal applications was 100,203, up slightly from 97,896 in 2004.

What do the legal experts say?

But he said allowing workers and employers to represent themselves had never been popular in legal circles.

“About 80% of tribunal chairs are from a solicitor or barrister background,” he said. “[Lawyers] were never keen from the word go that this lovely, lucrative work could be stripped from them.”

Employment associate at law firm BDB, Nick Humphreys, said one of the problems was that HR managers might be seeking to justify decisions they had taken, while at the same time trying to appear impartial.

“This seeming conflict may not sit well with some [tribunal chairs],” he said. 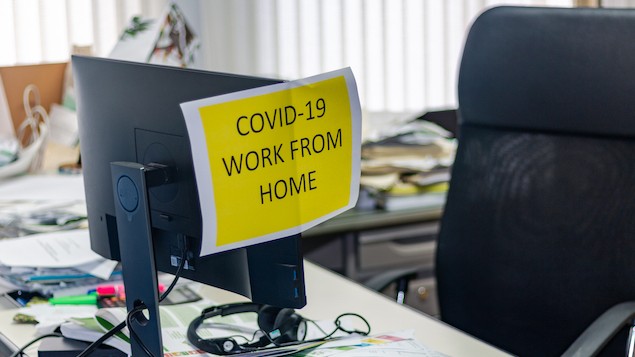 Flexible working: Can we go back on arrangements in future?

The unprecedented shift towards home and flexible working brought about by Covid-19 has led many employers to announce permanent new...