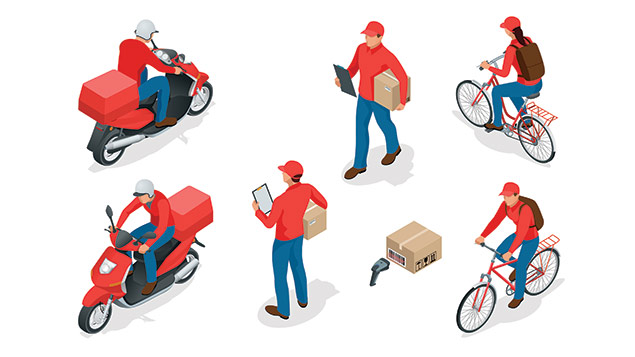 When managing a TUPE process, how much should employers consider 'workers'? Image: Shutterstock

The legal distinction between employee and worker usually focuses on rights such as leave and pay, but what happens in the case of a TUPE transfer? Charles Wynn-Evans examines a recent employment tribunal decision on who counts as an employee for the purposes of TUPE.

Gig economy litigation over recent years involving companies such as Uber, Pimlico Plumbers and Deliveroo has addressed the extent to which individuals who do not fulfil the requirements of being an employee – with all that that entails in terms of the right to claim unfair dismissal and various other rights – can nonetheless show that they are “workers”.

When does TUPE apply?

TUPE or not TUPE? NHS Trust did not unfairly dismiss workers

Deal with the situation where the transferee disputes that TUPE applies

Worker status attracts numerous other important rights such as the national minimum wage and rights to leave, rest breaks and working time limits under the Working Time Regulations 1998.

An issue which has attracted relatively little attention among all the discussion of employee and worker status – both in the case law and wider policy discussions such as the Taylor Review – is whether workers can fall within the scope of the Transfer of Undertakings (Protection of Employment) Regulations 2006 (TUPE).

Worker and employee definitions under TUPE

TUPE has a separate definition of who constitutes an employee for its purposes which is different to the definition used for the purposes of the rights of “traditional” employees – those engaged under a contract of employment – and indeed the definition of worker in the various statutes giving workers specific statutory protections.

Under TUPE regulation 2(1) an employee means “any individual who works for another person whether under a contract of service or apprenticeship or otherwise but does not include anyone who provides services under a contract for services”.

By contrast, an individual who is not engaged under a contract of employment is a worker, a so called “limb (b) worker”,  for the purposes of other statutory protections under section 230 Employment Rights Act 1996 if the individual works under “any other contract, whether express or implied and (if its express) whether oral or in writing, whereby the individual undertakes to do or perform personally any work or services for another party to the contract whose status is not by virtue of the contract that of a client or customer of any profession or business undertaking carried on by the individual”. It is of course this focus on personal service that has been the subject of so much debate in the gig economy litigation.

The issue of whether workers are covered by TUPE has not as yet been considered at appeal level. However, two employment tribunal cases have addressed the question, the most recent being this week’s decision in Dewhurst and others v Revisecatch t/a Ecourier and City Sprint.

The London central employment tribunal concluded that TUPE’s definition of an employee was designed to reflect the concept of an “employment relationship” to which the EU Acquired Rights Directive, which TUPE implements into domestic law, specifically applies. The words in the TUPE definition “or otherwise” were wide enough to bring limb (b) workers within its scope.

This is not the first time that an employment tribunal has reached this conclusion. In McCririck v Channel 4 Television and IMG Media in 2013 it was also accepted that workers were employees for the purposes of TUPE.

Assuming that the approach adopted by the employment tribunals in these two cases is correct and is not successfully challenged in any subsequent appeal, the implications are potentially important for employers managing TUPE processes.

Those who are engaged as workers will automatically move across from the outgoing employer (transferor) to the new employer (transferee) and there will therefore be no need to enter into new agreements with them or novate their current contracts. Only those truly in business on their own account are likely to fall outside the scope of TUPE. Details about the transferring workers will need to be included by the transferor in the “employee liability information” which it is required by TUPE to provide to the transferee.

The most significant consequence of workers being employees for TUPE purposes is in relation to compliance with TUPE’s collective information and consultation obligations. These require the outgoing transferor to provide specified information about the transfer to representatives of the affected employees and also require consultation with those representatives where “measures”, such as dismissals and contract changes, are envisaged in relation to the transfer.

Employers will need to ensure that their worker constituency is properly accounted for in any election and consultation process. They will need to ensure they have properly taken workers into account (a) when determining whether existing trade union recognition arrangements or other representative structures cover all those needing to be represented in a TUPE process (b) when deciding on arrangements for the election of employee representatives where this is needed and (c) when assessing what if any measures are envisaged in terms of how transferring workers are to be treated post transfer.

Getting this wrong is potentially serious given that the penalty for failure to comply with TUPE’s information and consultation can be, depending on the tribunal’s assessment of the employer’s default, up to 13 weeks’ pay per employee. Indeed failure to consult properly as required by TUPE is one of the claims being pursued in the Dewhurst case along with claims in respect of holiday pay.

That said, the eligibility requirements for unfair dismissal claims remain unaffected,. Accordingly, those who cannot demonstrate that they are “traditional” employees engaged under “a contract of employment” will still be unable to bring unfair dismissal claims even if they are workers who are otherwise covered by TUPE as employees for the purposes of its specific definition of that concept.

The Dewhurst decision therefore raises the profile of the question of worker status in TUPE cases and, subject to any subsequent appeal or tribunal decisions to the contrary, draws attention to the need for employers potentially to factor into their TUPE planning those who are not traditional employees but who nonetheless qualify as “workers”.