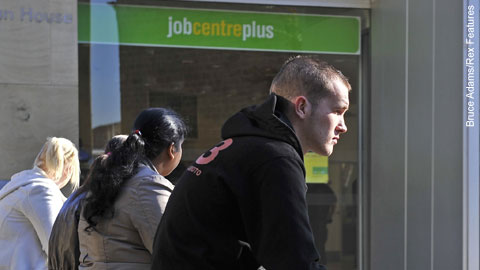 Youth unemployment has risen faster in the UK than in any other of the G8 countries since the start of the recession, and the Government has been urged to learn the lessons of economies that have been more successful at tackling the issue.

A report published today by the Work Foundation also pointed out that the UK now has the third highest levels of youth unemployment among countries within the Organisation for Economic Cooperation and Development (OECD), with only Spain and Greece experiencing higher levels.

The effective performances of these countries in addressing unemployment among the young was, said the Work Foundation, evidence that the UK cannot solely blame its high levels of youth unemployment on the recession.

The Work Foundation has highlighted elements of best practice in use in other countries that the UK can put into practice in order to improve its handling of youth unemployment.

It recommended that the UK increase its focus on apprenticeships because of their success in Germany, and called for greater employer engagement and for the Government to push for all large employers to sign an agreement to offer places. It also proposed that apprenticeships’ scope should be extended to include more occupations and greater academic content.

It also called for the Government to focus on early intervention and an “education first” approach to equip young people with necessary qualifications, a model that has been successful in Denmark.

Learning from Australia, the report raised major concerns about what it called “work-for-your-dole” schemes, and pointed out that evidence shows them to be largely ineffective at getting young people into employment.

It added that while voluntary schemes can have a small positive impact, forcing people to take part in schemes can reduce a person’s chances of getting into work.

Lizzie Crowley, the author of the report, said: “In many other developed nations, youth unemployment has remained low despite the global downturn. However, in the UK youth unemployment as a proportion of 15- to 24-year-olds has increased at a faster rate over the course of the recession than both the European and OECD averages.

“While the reasons for this are complex, it’s clear that the UK can learn from the experiences of those countries that have fared much better in terms of youth unemployment. The Government should focus on those policies that have been shown to work, cherry-picking the best responses from other countries and adapting them to the needs of the UK labour market.”

For more resources and data on recruitment, visit XpertHR.