By Jo Faragher on 20 Mar 2019 in Latest News, Recruitment of young people, Retention of staff 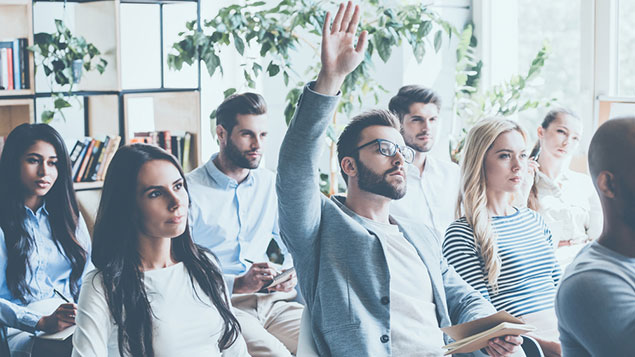 Young people who have had a spell out of work value “intrinsic” aspects of employment such as learning new things or opportunities for self development, according to research from Newcastle University.

Looking at the work values of 18- to 35-year-olds across 11 countries, the researchers discovered that experiences of unemployment, as well as the quality of work, impacted employees’ motivations for doing a job in different ways.

For example, young workers in precarious or insecure roles, such as temporary or zero-hour contracts, were more likely to value “extrinsic” factors such as pay than those who had a permanent job.

Similarly, if people felt they were overqualified for the job they were in, they were more likely to value pay and conditions compared to those who felt they had a good skills match.

As they get older, however, the emphasis changes. Newcastle University’s researchers found that those over 30 who had been unemployed were more likely to value pay and conditions than those who had not been unemployed – suggesting a shifting attitude towards risk.

“Experiences of unemployment or low quality work early in their career can directly influence the work values of a person and have a long-term impact on motivation and their attitudes towards pay and other benefits,” explained Dr Emily Rainsford, a research associate at the university.

“Where young people feel there is a mismatch between the job they’re doing and their skills and experience, they are more motivated by aspects such as pay and job security.”

The research team gathered data from the EU CUPESSE project, which ran between February 2014 and January 2018 and explored the causes and consequences of unemployment among more than 11,000 young people.

The findings were published in the Annals of the American Academy of Political and Social Science.

Dr Rainsford added that the research was important reading for policy-makers.

“Youth unemployment across much of Europe rose following the global financial crash in 2008 and policymakers have rightly sought to address this,” she said.

“However many of these policies are targeted at the under-25s. But this research shows that there are important experiences to take into consideration for those aged over-25 because values and priorities are still changing and being formed.

“In addition, short-term contracts are now common in a number of sectors and increasing numbers of graduates mean that the jobs market is more competitive than ever. This means we are seeing more young people working in precarious conditions or doing jobs that they’re overqualified for.

“Policies need to start reflecting the reality of how young people experience the modern labour market as this has an impact not just on the individual in terms of their motivation, work values and job satisfaction, but also for society as a whole.”