The gender pay gap may be narrowing, but why? 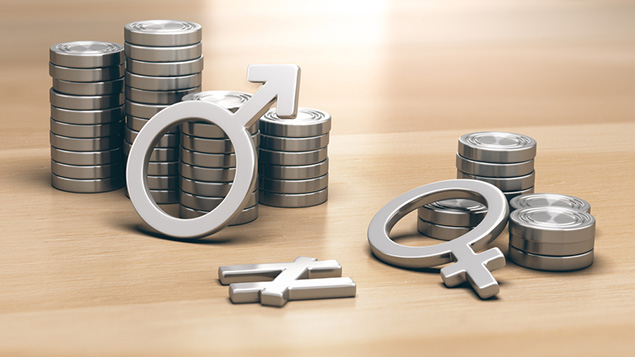 With the gender pay gap reporting deadline imminent, Personnel Today analysis finds that early results point to a narrowing of the gap. But is this the result of proactive new diversity policies or organic change within companies? Adam McCulloch reports.

The good news for high-street bakery Greggs keeps rolling in. It’s making more dough than ever, with the vegan-friendly sausage roll apparently driving sales beyond £1bn for the year.

And behind the counter things are looking rosy too, with female staff getting a good slice of those profits. The company’s 5 April 2018 snapshot revealed a median pay gap of 7.63% as opposed to 11.71% the previous year, so progress towards more gender-neutral remuneration has been made. Indeed it’s the largest improvement for any large employer to have submitted their pay information to date.

In three of Greggs’ four pay quartiles, there is no significant pay gap between the company’s 22,000 men and women. However, a familiar issue arises with closer examination of the figures. In the top pay quartile men are paid 13.92% more than women despite the ratio of men to women being 50:50.

Bonuses were fairly evenly split between men and women across the company (78% of women received one and 74% of men) yet a median bonus gap of 49.5% was recorded, three percentage points less than last year but still a striking figure. And this is despite women making up 43% of the board. Clearly, at the highest level, a few individuals’ packages are skewing the overall figures.

In its report the company states: “The gap in average pay and average bonus pay is due to the fact that we have fewer females in our most senior management grades. At the snapshot date, males represented 58% of our top three management grades and it is this imbalance that we need to continue to address.”

Policies have been introduced to improve this situation and the company seeks to develop new female board members with pathway and development programmes.

Greggs is among companies that have grasped the advent of gender pay gap reporting as an opportunity to promote its image and improve public perceptions of its business. Chief executive Roger Whiteside refers to the need to encourage an open attitude towards flexible solutions to fit with personal circumstances, saying the company wants to see “everything from job-sharing, to part-time contracts and flexible hours as successful arrangements with Greggs”.

The baker is one 2,062 companies last week to have published their gender pay gap for last year’s “snapshot” (5 April for private companies, 31 March for the public sector). Of those employers, almost half (49.6%) had recorded fairer median hourly pay for women than the previous year. For this half, the average improvement was -4.39 percentage points towards parity, shifting the typical gender pay gap from 14.55% to 10.16%.

What about the other half of employers? Well, 10.3% have recorded no change – their gender pay gap is exactly the same as the previous year. The remaining 40.1% of organisations have reported that the gender pay gap has widened. What’s more it has done so by a similar amount to those that narrowed theirs. Where the gap has widened it has done so on average by 4.21 percentage points, shifting from 9.07% to 13.28%.

Clearly it’s good news that more employers are narrowing their pay gap than widening it, but the progress is very gradual. That said, there appears to be a definite trend. Across all employers to have submitted so far, the average change is -0.49%.

Despite these encouraging signs for smaller employers, there is still a sense that reporting is an intrusion on their core business and not something that can benefit them. A consultant at a prominent reward specialist says he often witnesses firms struggling to collate the figures: “We’ve had to do a lot of work with clients on part-time workers and people abroad… it’s a bit last-minute and a lot of companies don’t really know how to do it. Companies put it off.

“It’d be better if more companies did it, not just larger ones. We’ve noticed that more up-and-coming modern companies want to be transparent, they say: ‘We want to show our competitors and customers we have nothing to hide and it’s right to do this.’ But there are other companies whose attitude is ‘we don’t have to do it, so we’re not doing it’.”

Kwik-Fit saw its median gender pay gap swing from -15.2% last year to 14%. At first sight this might appear a fairly disastrous shift, but the reasons behind it are actually quite prosaic. Kwik-Fit is, unsurprisingly, a strongly male-dominated company with women accounting for only 6% of staff in the lower two pay quartiles.

However, oddly, this figure drops to 2% for the top quartile, which is a surprise, as there should be no barrier to women working in the company’s higher echelons. But in departments where fewer and higher paid people work, the figures can be skewed by just a couple of key departures.

A Kwik-Fit spokesperson tells Personnel Today: “Last year most of our female employees were in our upper quartile of salary bands. However, over the course of the last 12 months a number of these senior employees have left the company, which has had an impact on our figures. We are keen to both promote from within the company as well as recruit more women to help redress this balance.” He emphasises that Kwik-Fit puts an onus on recruiting women but concedes that the nature of the business is historically more appealing to men.

In January, Personnel Today reported how Virgin Atlantic had seen its pay gap increase to the detriment of women, despite initiatives to increase diversity and equality. On closer inspection, however, the reason behind the worsening figures was simply that its predominantly male pilot workforce were working extra hours during the counting period.

This points to mundane factors often having an influence on the gender pay gap, above and beyond companies’ ability to rectify internal inequalities.

Food and drink multinational PepsiCo, which owns Walkers Snacks in the UK, has been certified as a high-quality employer by the Top Employers Institute for eight years in a row. Its gender pay figures will do nothing to detract from this glowing profile. Women make up 26% of the 5,000-strong company and 40% of its top pay quartile, a figure that’s helped it achieve a very female-friendly median gender pay gap of -18.2%.

The company is certainly one that has seized on gender pay gap reporting as a business opportunity as well as a moral imperative. Its statement says: “We leverage diversity and engagement as a competitive business advantage that fuels innovation, strengthens our reputation, and fosters engagement with employees and members of the communities in which we do business.”

It has established a UK Diversity and Engagement Action Group tasked with accelerating its inclusion strategy. It is active on challenging unconscious bias, using software to review language used in marketing vacant roles and has a team of ambassadors looking to attract female talent into STEM careers.

Personnel Today’s gender pay gap analysis looks at the 20% of companies to have reported their data so far. Nevertheless, a trend in the right the direction is clear, albeit very slight.

Gradual change wasn’t what some campaigners had in mind when hailing the arrival of gender pay gap reporting.  For the Women’s Equality Party, the pace must be quickened and more positive policies need to be implemented.

A spokesperson tells Personnel Today: “The Women’s Equality Party welcomes actions taken by companies to reduce their gender pay gaps, but if increases are only measured in a few percentage points per year it is clear that change is not happening quickly enough.

She adds that those companies that are not making progress on pay gaps should have to publish a detailed plan demonstrating how they intend to do so.

“While development programmes and mentorship schemes can assist individual women in closing the gap, much broader structural changes are also needed to ensure that all women benefit from equal pay.

She points to how underlying issues in UK society are revealed by the gender pay gap: “Flexible working and universal free childcare are both vital measures, which would not only allow women to participate fully in the labour market but would also allow men an equal stake in family life.”

2 Responses to The gender pay gap may be narrowing, but why?