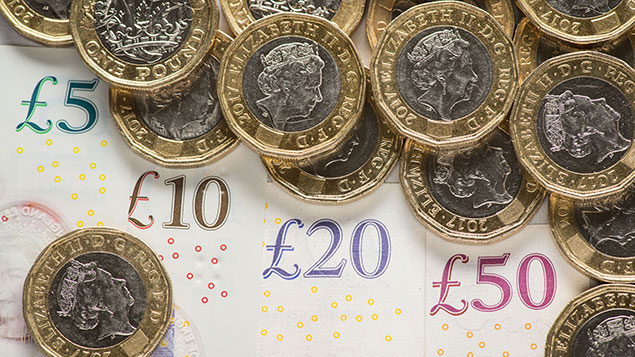 The unemployment rate in Britain has fallen to the lowest rate since 1974, with just over a third of those joining the workforce in the last year coming from outside the EU.

According to the Office for National Statistics, the rate of unemployment for the three months between January and March 2019 was 3.8%, which was last the case in late 1974. The rate for unemployment of women, at 3.7%, was the lowest since comparable records began in 1971.

Over the quarter, there were 354,000 more people in employment than the same time last year. Excluding bonuses, average weekly earnings for employees rose by 3.3%, down slightly on the three months to February, when it was 3.4%.

ONS figures also showed that the number of non-EU born citizens in employment increased by 123,000 during the past year. There was an increase of more than 117,000 EU-born citizens joining the employment market over the quarter, and an annual increase of 58,000.

Gerwyn Davies, senior labour market analyst for the CIPD, said it was easy to see why employers had turned to non-EU workers with such low unemployment and shortages of skills. “What’s more, contrary to some recent reports, virtually all of the employment growth during the past year has come from skilled, permanent, full-time jobs,” he said.

“This has allowed employers to largely overcome the restrictions they encounter when recruiting non-EU workers that do not currently apply to EU workers. Non-EU workers are therefore playing a key, complementary role in the UK workforce; especially in sectors such as healthcare.”

Davies added that looking ahead, we may see more of a “structural shift” towards hiring more non-EU workers as the restrictions tighten around EU workers from 2021. This focus on non-EU workers has also prevented salaries rising too quickly, he said.

“This will come as a relief to employers who have been subjected to increasing pressure from workers to raise pay without accompanying productivity growth,” said Davies. “Therefore, unless more firms are prepared to take hit to profits, the prospects for a further boost to earnings growth seem slim without a wider adoption of management practices and technological improvements.”

Recruitment and Employment Confederation director of policy and campaigns Tom Hadley said the major challenge for employers continued to be candidate shortages.

“This will need to be monitored but is also important to note that with 80% of employers working at close to full capacity, according to REC data, any upturn in business confidence would lead to a further surge in demand for staff.”

Tej Parikh, senior economist at the Institute of Directors, welcomed the ONS statistics but also sounded a note of caution.

He said: “Businesses have steadfastly expanded their workforce whilst the fog of uncertainty clouds longer-term investment decisions.

“After a long period of relentless hiring, however, the momentum behind employment growth appears to be slowing as there are fewer workers available to fill skyrocketing vacancies. The jobs boom has no doubt kept the economy ticking along but for many businesses progress on skills, training and education policy could not come sooner.”

Tony Wilson, director of the Institute for Employment Studies, said: “On the face of it, today’s jobs figures look like more of the same – the employment rate is holding steady at a record 76.1%, year-on-year earnings growth above 3%, and unemployment falling yet again, to just 3.8%. But digging a bit deeper, today’s figures add more weight to our fears in recent months that the labour market may be cooling – with Brexit uncertainty and a weaker global outlook beginning to take their toll.

“Most significantly, the more detailed data on average weekly earnings (including bonuses) show that pay has been flat for six months now and in recent months has dipped below £530 per week. Real pay (i.e. after taking out inflation) has actually been falling slightly since the start of the year and is back to where it was last summer.

“Far from the decade-long pay squeeze being over, there are signs that it may be starting again – and with the ongoing freeze in Universal Credit, many low and middle income households will be feeling worse off this year than last.”