One in six employers may have misreported gender pay gap 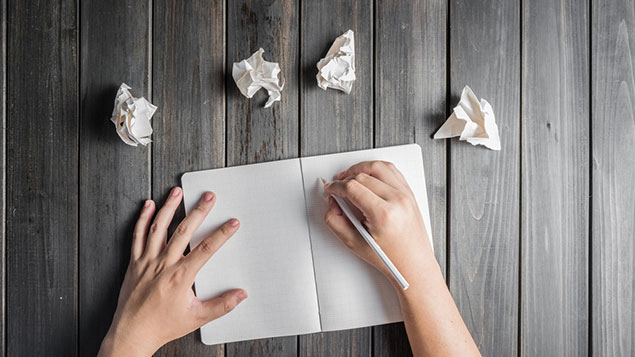 As many as one in six organisations have reported their gender pay gap incorrectly, according to independent data analysis.

Statistician Nigel Marriott, who shares his findings in an article for Personnel Today, estimates that around 9% of organisations have “definitely” made an error in their reporting, and a further 8% may have recorded an incorrect figure.

Podcast: Gender pay gap reporting – what we can learn from the first wave of reports

According to Marriott, organisations most commonly made one of three errors: mathematical (for example claiming their gender pay gap is more than 100%, which would mean women are actually paying to work there); entering their income quartiles the wrong way round (such as +9% rather than -9%); and claiming there is no pay gap where differences in pay quartiles between men and women show otherwise.

Some of the narratives published conflicted with the actual figures uploaded to the government portal, Marriott found. Employment agency Randstad HR Solutions, for example, claimed in its figures that women earned £2.04 for every £1 earned by a man – effectively twice as much – yet its published narrative shows the median hourly pay gap to be -9%.*

“I looked at several of the companies claiming to pay women more than men and in many cases their quartile data didn’t reconcile with the overall gender pay gap figure,” explained Marriott. “The scale of the errors surprised me.”

One of the key factors in the erroneous reporting has been the method of calculation suggested by the government in its guidance. It suggests that companies submit their mean and median gender pay gap in a percentage format, yet showing the difference in pounds and pence is more intuitive, Marriott said.

The Government Equalities Office has recently agreed with this assertion and the top-line figure is now displayed in this format, yet employers are still expected to feed that figure in as a percentage, which creates room for error.

Furthermore, while the government suggests one way to calculate the median gap as a percentage, there are four potential ways to calculate it, which could lead to different percentages when applied.

The term “median” has also confused some, said Marriott, with many simply picking the middle point between two salary figures, rather than using the “middle of the line” approach after employees of each gender are lined up in order of their earnings.

“There is a need for the guidance to be a lot clearer. Whoever has written it is not skilled in explaining basic statistics to non-statistical audiences,” he added.

Lorraine Heard, legal director at Womble Bond Dickinson, agreed that the way employers are required to present their figures left the numbers open to misinterpretation or mistakes.

“If you look at the gender pay gap as a percentage difference, we see that a man is for example paid 10% more than a woman. But if women are paid more, this is shown as a negative. Yet a -110% pay gap doesn’t mean that women are paid 110% more than men. So it can be difficult to see who’s paid more than whom and by what amount.”

She added that many companies may have simply used the hourly rate for men and women without taking into account adjustments such as salary sacrifice. “This is in the guidance but not obvious from the regulations. Similarly, they may not realise how to handle people who get additional payments at particular intervals, or part-time workers whose entire bonus must be counted for the bonus comparison, rather than on a pro-rata basis.”

Marriott suggested that further options could be to enable employers to upload their figures to a simple Excel programme or accounting software that translates the numbers into a text template containing the required information in the government’s desired format, or building some code into the government reporting portal that would flag up statistical impossibilities.

April 2018 marked the first round of reports since the legislation requiring employers with 250 or more staff to publish the difference in hourly pay between men and women came into force.

In December last year, the FT reported how one in 20 companies that had submitted by that point had recorded “statistically improbable” gaps, for example reporting that men and women were paid exactly the same, so there was a 0% mean and median gender pay gap.

Mark Crail, content director for XpertHR, pointed out that there have been changes made to the published data since the 5 April deadline as employers identified their mistakes. “If anyone reading this story realises that they might have made a mistake, it is not too late to put it right,” he said.

“Incidentally, the government website does already have a ‘sanity check’ on uploaded data, and if you try to submit data which is clearly wrong it will send you an automated email to tell you so. The problem is that the email is too generic, so you know you might have made a mistake, but you don’t know what.”

Crail added: “People have undoubtedly made mistakes, and as this is the first year of reporting I am not surprised that the error rate is quite high.

“But I think the real weakness in all the official material in year one has been its failure to suggest how (and why) organisations might want to go beyond the basics and publish an enhanced report that enables employees, customers and others to properly understand why the pay gap in a particular organisation is as it is, or to get a better picture of the organisation.”

Marriott added that the actual figure of those misreporting could be as high as 20%, as many reporting anomalies are not immediately obvious. He also recommended testing the calculation guidance on a “suitable sample of HR managers and directors” so it was less open to misinterpretation.

“Randstad is a global leader in the HR services industry and we’re absolutely confident that our figures are correct. The figures quoted in this article are looking at two different sets of data, and therefore it’s incorrect to state that we have reported our data wrongly.

“It’s crucial to remember that companies must submit their data by legal entity, and many organisations have a legacy of multiple entities. To make all of our data more digestible, the published data on our website consolidates all UK-wide figures. So any comparable research needs to be robust enough to take this into consideration, otherwise it paints an inaccurate and misleading picture.

“We very much welcome gender pay gap reporting and we acknowledge that the intentions are honourable, but there’s still work to be done to ensure meaningful comparisons and insights can be drawn. Unfortunately, as with the apprenticeship levy, the government has failed to distinguish between corporate employees and the temporary workforce we payroll on behalf of clients. Randstad is required to report on all PAYE individuals, which includes non-Randstad employees.”