Why ‘talent’ is no longer a useful term for business 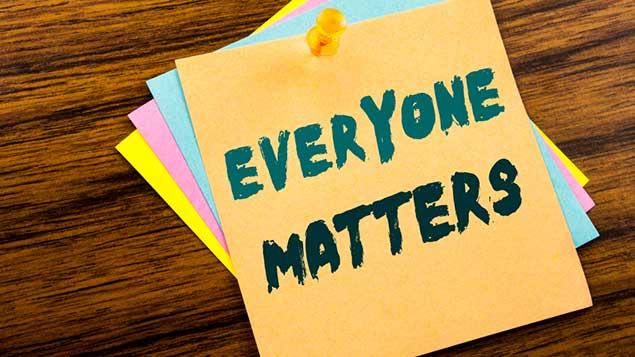 Talent management programmes often focus on a small group of employees, but should be mindful of everyone's potential

As the requirements for future leaders change, is it time to do away with the concept of focusing only on a select few, asks Harriet Heneghan?

For decades now, businesses have focused on identifying, developing and attracting talent as the very heartbeat of their leadership model, but in a rapidly-changing world there is a growing body of opinion that suggests it is time for change.

An employee value proposition for the future of work: Is HR ready?

How to grow leaders fast without risking burnout

Those working in leadership development and coaching are beginning to seriously question whether our obsession with ‘talent’ is still relevant in 2019 and, even more significantly, whether it is actually good for business.

What we are looking at is not a challenge to the word itself, because of course people have different core talents and different qualities to offer an organisation. Instead, we are talking about a challenge to the concept of talent and all the structures built around it, which encourage a business to focus only on the ‘top’ 10% or 20% and not everyone else.

As a result, a lot of people are beginning to think seriously about ‘what is talent?’ and to challenge the broad-brush term from all sorts of different angles.

Let’s begin with recruitment because often executive search organisations have a model of what talent is. For example, they will say that to be a chief exec today “these are the characteristics you’ll need”.

The reason we challenge that is because it’s based on retrospective data. It’s saying: “I can tell you, from all the CEOs we’ve placed over 10 years, that these are the characteristics which led them to be successful.”

That’s looking back. But when you look forward, especially in today’s world where things are very dynamic and could change rapidly, could that model cause problems for a business? It’s too rigid and too formulaic because talent can be many different things to many different organisations, depending on their sector, their maturity and their individual ethos.

There may even be a commercial consideration here, too. Talking to private equity companies, they are beginning to question the asking price of firms they look to buy, because of the future costs of restructuring leadership teams.

The idea that we’re going to have a select group of people running an operation all the way through its development is probably outmoded.

Maybe they have a plan for the business that says in year three they will diversify, in year four they’ll go international. You buy a firm and you overlay that plan. The same leadership team won’t be suitable for all those events ahead, because of what talent means at different stages of growth.

So, private equity firms say “this business looks like it’s worth £X today but with this team in situ in a year’s time, it’s not worth that. We need a discount for the cost of reconfiguring the team into the future”.

Until now, the notion of talent has largely been self-perpetuating. This is because, inside a business, the people defining ‘talent’ are normally those who are already successful and define it therefore in their own image.

In fact, the whole selective model is a projection of the society in which we’ve lived. But it doesn’t reflect the way things are changing. These days, people spend a shorter duration in a variety of different jobs and work security is reduced. The idea that we’re going to have a select group of people running an operation all the way through its development is probably outmoded.

As a result, we need to redefine talent and all the structure around it. The world could be so different in a few years’ time and even the best psychometric test might not be able to predict that or match the right people to a future role which has not yet been defined.

What many businesses are starting to look at now when they search for future leaders is how adaptable are you? How well are you able to cope with this changing nature of work? Can you show a range of capabilities?

Focus on everyone, not just the few

It may sound somewhat old school but ignoring elaborate talent models and looking instead at the traditional core identifiers of IQ, adaptability and conscientiousness could be the key to identifying modern leadership potential in a world which moves and changes so fast.

Even more than that, businesses should be thinking about the entire structure of their talent development and retention policies – and what they say about the culture of the operation. When you are concentrating on the few, and putting all your attention and money into an elite programme, what happens to the rest of your employees?

Is there not a missed opportunity here to help every single person be the best they can rather than being obsessed with creating the kind of leaders who were at the forefront of corporations 10, 20 or 30 years ago?

The entire leadership sector is saying that much of the thinking around talent is outdated, and that what we need is everyone contributing to that leadership space.

If organisations are going to meet the demands of the future, it’s time to open up the debate and really discuss whether our obsession with talent could be holding them back.