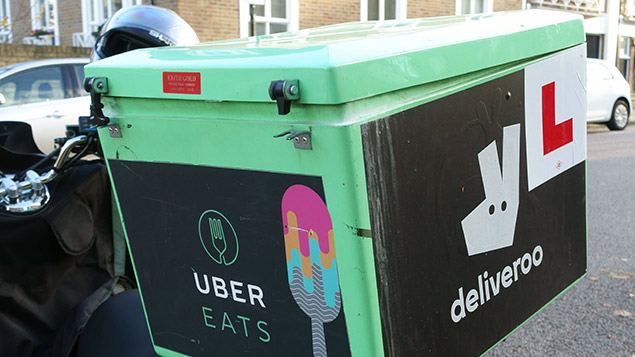 The distinction between “employee” and “worker” should be abolished, according to experts called before the first morning’s hearing of an inquiry into the Future World of Work.

The Business, Energy and Industrial Strategy select committee launched its inquiry in October 2016 into the changing nature of work, and the status and rights of workers in non-traditional employment roles.

This morning’s sessions looked at protections for gig economy and agency workers, responsibilities for tax reporting, umbrella and personal service companies and the role of trade unions.

David Widdowson, from the Employment Lawyers Association, outlined the current three-tier structure of employment relationships with “employees” at the top, who have the most rights, the intermediate category of “worker” who have some rights, and the self-employed who have very few rights.

“Inevitably, that is going to induce many businesses to look to minimise their regulatory burden by trying to structure their relationships so that people are slotted into the least burdensome category. And a good example of that is the recent Uber case.”

He explained that the courts have to intervene because what might start out as a clear self-employment relationship, in practice “turns into something quite different”.

“At the moment, employees have all the rights, workers have some. You could simply just create one category of ‘worker’,” said Widdowson. “Now that would be quite a radical solution but it would have the advantage of removing quite a lot of the reason for the litigation there has been.”

“You might also find yourself – as we speak – in conflict with EU law if you were looking to adjust some of the rights that workers presently have.

“But that might not be the case for too much longer,” he added, in reference to Brexit.

In the second session of the morning, Sue Tumelty, founder of The HR Dept, an HR consultancy for small and medium businesses, agreed that having employees and workers was too much and that “the worker category should go”.

She told MPs that SMEs found employment status confusing. “They’re getting poor advice,” she said. “They go to the bank and the bank says ‘Make them self-employed – it’s safer’ or they say ‘zero hours contract or casual’. They’re not getting the true advice and they don’t understand the difference between worker, employee and self-employed. It’s all a bit of a fudge.”

She urged MPs to provide simplification. “We want flexibility for SMEs, we do passionately want protection for workers as well because you don’t build a good business by treating people badly. And we want genuine choice and clear definition about the self-employed.

“Where you’ve got people on false self-employment, there is no protection.  So you can get cleaning companies that take these – often – east European cleaners, they give them a uniform, they put them in a van … they make them clean, and they call them ‘self-employed’. And they have no rights whatsoever and they can get rid of them that day.”

They go to the bank and the bank says ‘Make them self-employed – it’s safer’” – Sue Tumelty, The HR Dept

Asked by committee chair Iain Wright MP for recommendations to simplify the system, Tumelty said: “There needs to be protection at the lower end so that nobody is forced into self-employment where there is not genuine choice.”

Stephen Devlin, senior economist, New Economics Foundation agreed, saying there should be a “minimum floor of standards” across the board, that reduces the incentive to flip between employment categories.

Hannah Reed of the TUC said: “There should be a floor of rights for all working people, a single worker definition. Secondly, we need better-resourced, more strategic enforcements, to clamp down on unlawful practices.

“And thirdly, we should recognise that trade unions can play a key role in stamping out Victorian working practices, raising employment standards and working with [employers] to deliver flexible profitable productive businesses.”