Workers afraid to discuss pay because of secrecy clauses 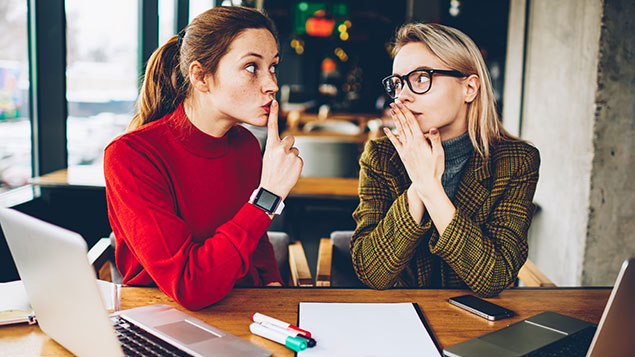 Almost a fifth of workers don’t talk about their pay at work because they are not allowed, according to research from the TUC.

The union found that 18% of workers had been told that they should not discuss their salary with colleagues, while half of workers had no idea what senior managers earned in their organisation.

TUC general secretary Frances O’Grady called these pay secrecy clauses “a get out of jail free card for bad bosses”, claiming they stop workers from challenging unfair pay and “allow top executives to hoard profits and encourage discrimination against women and disabled people”.

“Talking about pay can feel a bit uncomfortable, but more openness about wages is essential to building fairer workplaces,” she added.

More than half (53%) of respondents said they were not given any information on what other people were paid in their organisation.

The TUC has urged the government to ban pay secrecy clauses so employees can discuss pay and other work benefits freely. It also wants the government to commit to pay transparency measures that are currently being considered in the European Union.

Earlier this year, a poll by YouGov for job site Indeed found that 56% of workers supported making personal salary information such as monthly income or tax returns publicly available. Countries including Sweden and Norway already have some form of pay transparency legislation in place.