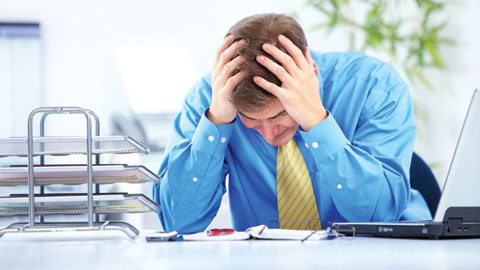 Employers face a challenge in bridging the gap between the goals their staff want to achieve, and giving them the motivation to reach them.

This is the key finding of a survey of 2,000 UK office workers by software company Mindjet, which highlighted the fact that while more than half of respondents felt passionately about helping their organisation to be successful in 2013, almost one-fifth (19%) said they lacked the motivation to do their job to the best of their ability.

Around one-third (32%) of respondents said making changes to the way they worked would help them to be more successful in their role. However, 25% admitted that they “had not got round to” making the necessary changes for them to perform better.

In addition, workers cited a number of barriers preventing them from performing at their best. Lack of resources was cited by almost a quarter of respondents, while lack of direction from senior colleagues and inefficient communication was also a factor in holding people back.

A quarter of workers felt that their efforts were not being sufficiently recognised, while some felt they have to flag what work they have done so people are aware they are busy, or stay late even if they do not have very much work to do. More than a quarter (27%) said these conditions were contributing to them feeling stressed.

Line managers also bear the brunt of this gap between wanting to do well and having the motivation to do so: 30% said they felt their team needed to improve, but struggled to motivate them.

Tim Ohlenburg, senior economist at the Centre for Economics and Business Research, pointed to the wider economic trend towards businesses coping with fewer resources as contributing towards workers’ lack of motivation.

He said: “At a time when businesses are still striving to do more with less, they need the full support of their employees to do so, which means they need to address the issues [in this report] as a priority.”

Professor Nelson Phillips, chair in strategy and organisational behaviour at Imperial College London, said: “The key to turning things around and getting 2013 off on the right foot is to focus on improving and developing working practices and efficient communication.

“Business leaders must not get bogged down in cost-cutting, but should strive to communicate a vision that moves employees beyond the current downturn and excites them about the future.”

For more information on developing your staff can be found in Personnel Today’s free buyers’ guide on the topic.