Which were the sectors with the smallest gender pay gap? 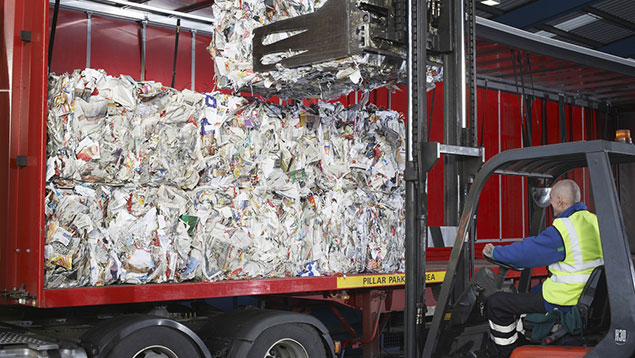 Construction and the finance industries have been revealed as having the widest gender pay gaps, but the identity of some of the better performers would surprise many, writes Adam McCulloch, even though some are dominated by men in terms of employee numbers.

The water supply, sewerage, waste management and remediation sector was among the best performing areas of the UK economy for salary parity with a mean gender pay gap with 5.5%. In terms of median pay gap, accommodation and food services was the best performer (1%).

The sector typically employs far greater numbers of men in frontline roles: at William Tracey, for example, men account for 98% of frontline roles while the ratio of back office support functions is 60% female and 40% male. The firm has 460 staff in total.

Women are typically paid more than men in the sector.

Waste company Biffa has 7,500 employees, only 12% of whom are women. Its three employing entities overall recorded a mean gender pay gap of -10.6% and a median of -6.2% (so women earn £1.06 for every pound men earn on average). Its median gender bonus gap was -43% despite a similar proportion of men and women gaining bonuses. The firm’s report states that “this reflects the fact that bonus payment values in the male cohort tail-off more rapidly than in the female group.”

Veolia, a worldwide entity that specialises in manufacturing using recycled materials, has a combined UK workforce of around 13,000 of whom just 12% are women. It recorded a mean pay gap of -5.5% and median of -0.18%. As with Biffa, similar proportions of men and women received bonus pay (41% and 44%) but women were awarded much larger bonuses, leading to a gap of -51%.

Estelle Brachlianoff, Veolia’s senior executive vice-president, UK and Ireland, said: “In 2017 we were recognised for our efforts in hiring more employees from diverse social backgrounds, including NEETs, ex-offenders and former military personnel by winning Veolia’s ‘global social initiatives’ award for social equity and diversity. We are also advancing our apprenticeship, female-focused leadership and STEM programmes.”

The transportation sector’s gender pay gap was relatively small compared with finance and construction with a 10.3% mean and 6.7% median figure. Among the best performing firms in the industry is Whistl, the second largest postal provider in the UK, which competes with the likes of DHL, UPS and Royal Mail.

Its gender pay gap report suggests it pays women, on average, more than men, recording a -5.2% median pay gap. The company’s HR director Lynn Dillon said she was pleased that it had “bucked the trend” and was “committed to ensuring we employ the best people in the sector and that we treat our employees equally”.

DHL Supply Chain recorded a median pay gap of 12.7% while the worst performer in this sector (XPO Logistics’ Bulk division) had a gap of 31%.

The sectors defined by the Government cover a broad sweep of organisations so there are large variations between very different organisations, from which the accommodation and food services sector is not exempt.

Wagamama could be said to favour equality with its canteen-style restaurants and this was reflected in staff pay. The best-paid tier of jobs (in the top pay quartile) at the noodle chain were split 50:50 and women earned 8.8% more than men on a mean basis but 22% more on a median basis.

People director Thomas Heier said he was proud of the company’s gender balance in senior management, adding: “We offer equal opportunities to help all our people build careers with us. We celebrate inclusivity and diversity, and in the spirit of kaizen, we will continue to focus on balancing opportunities throughout the business.”

At McDonald’s, men’s median pay was the same as women’s (a 0% gap) – exactly the same result as at the rather more upmarket Caprice Holdings, which owns 16 London eateries including The Ivy and Sexy Fish.

Hotels have a wider range, with women at the Goodwood Hotel in West Sussex benefitting from a gender pay gap of -1.59% (earning £1.02 per hour for every £1 earned by men according to the Government’s pay gap website) and a median bonus gap of -2.11%. At Intercontinental Hotels Group, which owns Holiday Inn, however, the median pay gap was 35.7% in men’s favour (so women make about 65p to men’s £1).

Marriott Hotels, which owns or runs 81 premises in the UK including prestigious properties such as County Hall and the Grosvenor House in London, recorded a median gap of 2.5%. The company, whose workforce in the UK is comprised of 51% women, has set a goal to achieve gender parity for global company leadership by 2025.

Marriott’s head of HR in Europe, Francisca Martinez, said that many of the company’s leaders were women, including the posts of president and managing director, and that a “women’s leadership development initiative is focused on promoting the presence of women in management, capitalising on the supply of female talent available in the organisation and the local labour market”.

One complication when comparing the figures is that many of the above companies compiled amalgamated figures for their gender pay gap reports but, for the Government, were legally compelled to submit separate figures for their constituent employing entities (without the relative sizes of these being included).

The figures in this article are from the companies’ own reports where possible for the sake of simplicity and accuracy.