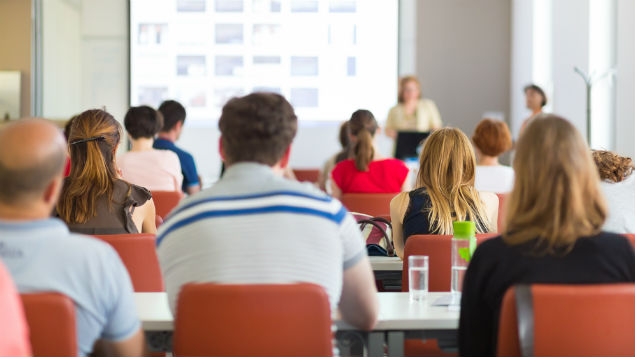 Employees with higher levels of education, women, younger employees and people with mid-range skills (such as sales staff and administrative staff) are the chief beneficiaries of training at work, a new ONS study has shown.

Conversely, the analysis reveals that the least qualified workers are the least likely to receive training at work with about a third of those with degree-level qualifications (32.4%) reporting having had training in the previous three months compared with just 8.5% for workers without any qualifications and 21% of those with some GCSEs but nothing more.

The new figures, the latest available, are for 2017. They show that in-work training participation rates are highest for people aged 16-21 years, with participation tailing off for older age groups.

Participation in in-work training was higher for women by four percentage points (28.4% compared with 24.4% for males), but the figures showed the effect of what some call “occupational gender segregation”. The study found that this difference was because proportionally more women worked in occupation groups with the two highest rates of in-work training: professional occupations, and caring, leisure and other service occupations.

However, on average, women tend to spend fewer hours training than men. In 2017, 37.9% of women who trained in the previous four weeks said that their training lasted more than three hours per week, compared with 46.8% of men. This is in part explained by women being more likely to work part-time than men.

Although people in professional occupations tended to have the highest participation rate in in-work training compared with all other occupation groups, there was no wage benefit seen a year after participating in training. The report’s authors said this could be partly explained by the reason for undertaking in-work training, where professionals were more likely to state “maintaining professional status” (31%), compared with all other occupation groups.

Responding to the findings, TUC general secretary Frances O’Grady said cuts to adult education and training had held people’s careers and the wider economy back. She added: “They prevent us becoming a higher skilled economy. And they reduce opportunities for workers to increase their pay.

“Britain can move forward faster if we become a learning economy, with every worker having the chance to train and progress.

“We must restore investment in adult education. And we should introduce lifelong learning accounts for all adults as part of an expanded National Retraining Scheme.”