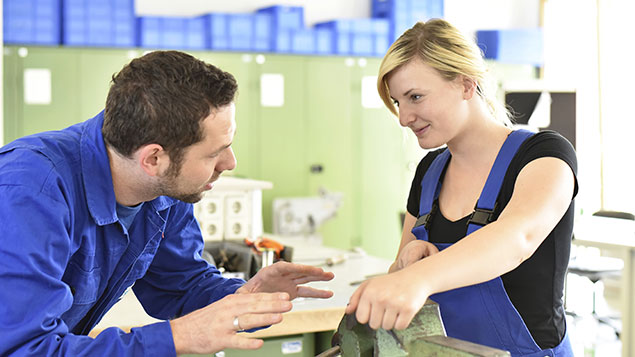 Workers aged under 25 are missing out on up to nearly £6,300 per year because they’re not entitled to the national living wage, according to the Young Women’s Trust.

The charity has published a report, Paid Less, Worth Less?, which claims that more than a million young people are paid up to £3.45 an hour less for doing the same jobs as older workers. Over the course of a year, this means they lose out on £6,279.

Are apprentices aged 25 and over entitled to the national living wage?

The trust also found that half of young people struggle financially, with a quarter admitting to being in debt all of the time and one in three suffering from anxiety over money.

Apprentices are some of the hardest hit by this “wage discrimination”, according to the Young Women’s Trust, and in some cases are being exploited as they have the same responsibilities as non-trainee workers, but are paid significantly less.

The charity has broken down how much gross pay different bands of workers miss out on each year by not earning the national living wage:

Despite these findings, four in five HR decision makers (79%) polled by the charity said that young people were as valuable to the workforce as their older colleagues and should be paid the same rate for the same work.

Most young people, in a separate poll by the charity, agreed with either raising the apprentice minimum wage (supported by 83%), or extending the national living wage to under-25s (79%). Just under six in 10 thought abolishing university tuition fees would help.

“They are falling into debt, using foodbanks in greater numbers and their self-confidence is low. It’s no surprise when they are paid less for the same work.

“We all need a basic amount of money to get by on, no matter how old we are. The bus to work costs the same, whether you’re 24 or 26. Gas and electricity costs the same, regardless of age. Rent doesn’t cost any less in your early 20s.”

She added that more needed to be done to ensure “decent and flexible” jobs were available to young people.

Young Women’s Trust advisory panel member Nia, 26, from Cardiff, said: “When I started work, I was working in a cafe and because I was under 25 I was paid a lower minimum wage.”

“It was exactly the same job and exactly the same number of hours as the older people I worked with, but at the end of the day I was taking home less money. I didn’t suddenly gain a lot more experience on my 25th birthday.”

The charity today launched a digital campaign and petition calling on the Government to extend the national living wage to under-25s.