The new year begins with a new government, the prospect of Brexit and a number of employment law developments already on the horizon. What does HR need to do to meet its obligations and prepare for the year ahead?

Now that the withdrawal agreement has passed the vote in the House of Commons and Brexit is due to go ahead on 31 January 2020, there is slightly less uncertainty for European Economic Area (EEA) nationals and their employers. Following Brexit, there will be a transition period until 31 December 2020, during which EEA nationals will still be able to come and work in the UK.

Employers should ensure that all their EEA workers obtain settled or pre-settled status, to enable them to stay at the end of the transition period. The current position is that EEA nationals who are resident in the UK by 31 December 2020 have until 30 June 2021 to make an application.

Employers should also prepare for the new immigration system that will be in place after the transition period. The Migration Advisory Commission is expected to report in January 2020, having considered options for a new points-based system.

If they have not already done so, employers should carry out an audit of their workforce and consider where there may be staffing issues if they currently rely on EEA nationals. They should look for potential skills gaps and consider the impact of the new immigration system. Employers may need to obtain a sponsor licence to recruit the staff they need from abroad.

2. Review your contracts for IR35 in the private sector

Reforms to the IR35 rules on off-payroll working are due to be extended to medium and large private-sector employers in April 2020. The new rules shift who is responsible for determining the status of a contractor for tax purposes and who is liable for deducting tax and national insurance.

On 7 January 2020, the government announced that it would carry out a review of the implementation of the changes to IR35, but confirmed that the new rules are due to come into force on 6 April 2020. Private-sector employers who will fall within the scope of the new rules should therefore continue with their preparations and should not expect a delay to the implementation.

Off-payroll working in the private sector

3. Comply with national minimum wage and other statutory rate increases

The government has pledged that the national living wage rate will reach two-thirds of median earnings within five years. On current projections, this would be around £10.50 in 2024.

4. Amend policies to include parental bereavement leave and pay

The right to parental bereavement leave and pay is expected to come into force in April 2020. The right will allow parents of a child under the age of 18 who has died to take two weeks’ leave. It will be available to the birth parents or those with parental responsibility for the child and can be taken within 56 weeks of the child’s death, in a block of two weeks, or two blocks of one week.

The government has not yet published the regulations that will finalise the details for the introduction of parental bereavement leave and pay.

Legislation requiring employers to report on the pay ratio between their CEO and their employees came into effect on 1 January 2019. The first reports, covering information for the 2019/2020 financial year, are due to be published in 2020.

6. Comply with the new rules on written statements of particulars

From 6 April 2020, employers must provide a written statement of employment particulars to all workers, not just to employees. Employers will no longer have two months within which to provide the statement – most of the information must be provided in a single document by the start of employment.

The information that must be provided in the statement will be expanded to include extra information on variable working hours, paid leave other than sick pay, benefits, probationary periods and training.

7. Change how you calculate holiday pay for workers with irregular hours

The reference period for calculating holiday pay for workers who do not work regular hours will increase from 12 to 52 weeks on 6 April 2020. This change is being introduced as part of the government’s Good Work Plan and should prevent workers missing out on holiday pay if they take their annual leave in the 12 weeks after a quiet period.

Employers will need to pay workers without normal hours their average weekly pay, calculated over the previous year, rather than the previous 12 weeks.

8. Look out for other changes on the horizon

In the Queen’s speech on 19 December 2019, the government announced that there will be an Employment Bill, the key elements of which would be:

One Response to 2020 employment law: Eight action points for HR 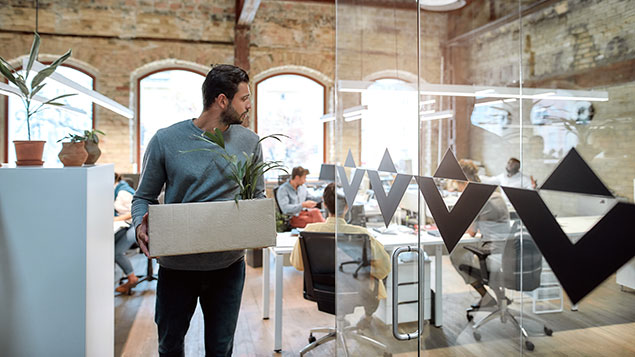 Half of contractors plan to leave clients in the next eight weeks thanks to changes to the IR35 ‘off-payroll’ rules...