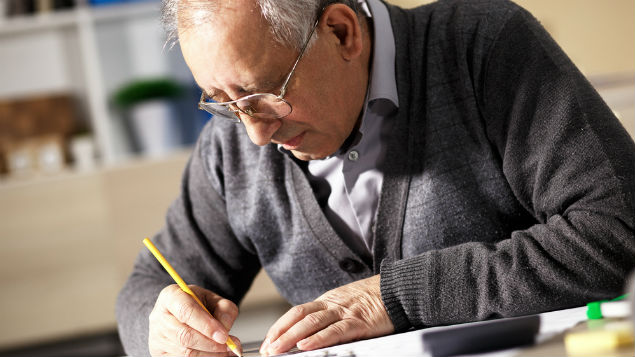 Organisations in the UK are ignoring issues caused by the growing number of older workers, the results of a new poll have revealed, as MPs launch a report finding that age discrimination legislation is not being enforced.

A Centre for Ageing Better survey launched today, at the same time as the parliamentary Women and Equalities select committee published its report on older workers, found that only one in five employers were discussing ageing workforce strategically. Nearly a quarter (24%) admitted they were unprepared for growing number of older workers.

Discrimination in recruiment and selection

The select committee report concluded that the Equality and Human Rights Commission (EHRC) and government was failing to enforce the law on age discrimination and needed to be clearer that prejudice, unconscious bias and casual ageism in the workplace were all unlawful under the Equality Act 2010.

The MPs stated that the business case for an age-diverse workforce was clear but despite this, employers continued to organise workplaces around an “outdated, inflexible model that no longer worked”. It stated that more needed to be done to make connections between government strategies, local employer support, and between the business case and business practice. Flexible working was at the core of the changes that employers needed to be making.

Chair of the Women and Equalities Committee, Maria Miller MP, said:  “Despite age discrimination being unlawful for more than a decade, the scale and lack of enforcement uncovered by our inquiry is both alarming and totally unacceptable.”

Over-50s now make up near a third (31%) of the UK workforce, but employers continued to ignore the business case for more age-diverse employment policies, the Centre for Ageing Better stated in response to its poll findings. As the state pension age rises and the population ages, this proportion is set to increase.

The survey, of 500 UK employers, revealed that 20% of organisations were considering the issue of ageing, while 24% thought their organisation was unprepared for this demographic change.

Despite age discrimination being unlawful for more than a decade, the scale and lack of enforcement uncovered by our inquiry is both alarming and totally unacceptable” – Maria Miller MP

One in five organisations also reported that age-related difficulties – such as older workers feeling uncomfortable working under younger managers and vice versa – were commonplace. However, only a third (33%) of employers said they provided age-diversity support and training for managers.

The Centre for Ageing Better said that about half of older workers left the labour market prematurely and that lack of support was a factor in their decision to quit their positions. It warned that businesses were facing a double whammy of experienced staff leaving, and a shortage of younger candidates to replace them, and urged employers to adopt five age-friendly practices to ensure they were ready for the ageing workforce:

Patrick Thomson, Centre for Ageing Better’s lead on age-friendly employment, said: “The UK workforce is changing – and employers need to catch up. Improving policy and practice, tackling age bias and creating an age-friendly workplace culture is vital to ensuring that people can work for as long as they want to. Employers who don’t make these changes will be left behind.”

Maria Miller added: “The government and the EHRC have failed to get to grips with this. They must be more robust in providing a remedy to potentially unlawful working practices in the recruitment sector. Strategies such as Fuller Working Lives and the Industrial Strategy are not coordinated and lack any plan to ensure that existing legislation is being implemented and enforced.

She added: “As a country we face serious challenges recruiting and retaining an experienced and skilled workforce. Until we tackle discrimination against the growing number of over-50s, they will continue to be consigned to the ‘too old’ pile instead of being part of the solution.”