Almost half of employers think fit notes are ineffective 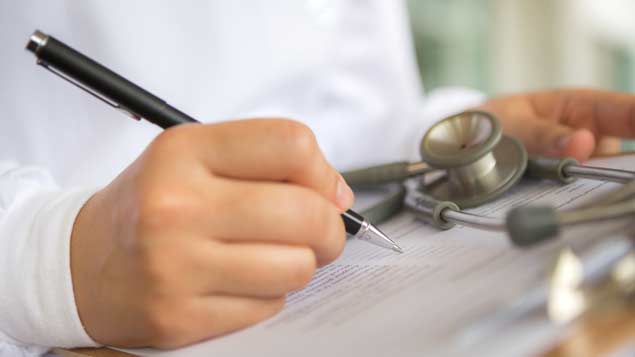 Almost half of employers believe the Department of Health’s flagship fit note scheme is not helping employees return to work.

A survey by manufacturers’ organisation the EEF, in conjunction with Jelf Employee Benefits, showed that 43% of employers did not think fit notes were helpful in getting ill staff back to work. This is an increase from 35% in 2010, when the scheme was introduced.

How to use fit notes effectively

The survey also found that insufficient training on the use of fit notes for GPs and other medical professionals, as well as a lack of collaboration with employers, was hampering them being used effectively.

According to the EEF, only one GP in eight has been trained in workplace health and only a small sum has been spent on GP training.

Almost half (47%) of respondents believed that the advice given by GPs on employees’ fitness for work in 2014 had deteriorated, and only 17% felt it had got better.

Just 22% of those surveyed said fit notes had helped to facilitate earlier returns to work.

The EEF now wants the Government to set a fixed date by which all GPs and medical practitioners should be trained in the use of fit notes.

If someone is deemed “may be fit for work”, as opposed to “fit for work”, the employer should make reasonable adjustments to help them back into their role. More than two-fifths were able to make the required adjustments, the EEF found.

The EEF’s head of health and safety, Terry Woolmer, said: “We have supported the ‘fit note’ since day one and wanted it to succeed.

“It can still be made to work, but Government now needs to put its shoulder to the wheel with greater resources.”

The EEF also made a number of key recommendations to improve the use of fit notes. These include:

The survey also asked whether or not employers had a specific absence target – and almost two-thirds of respondent companies did, but only 55% had reached it.