Attracting millennials: What businesses can learn from Labour and the Tories 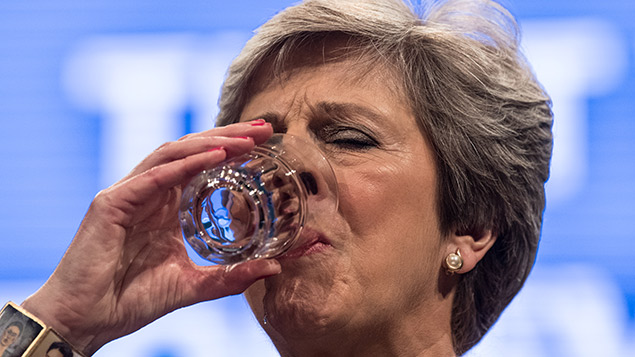 Thirsty for millennial talent? Employers have much to learn from how politicians present themselves
James Gourley/REX/Shutterstoc

After an unexpected election result and a fresh wave of scandals at Westminster, it’s not surprising that the millennial generation has lost faith in political leaders. What can employers learn from these events, asks Mufid Sukkar from Nest Investments

Alongside coverage of Theresa May’s coughing fit, one of the hottest topics to come out of this year’s Conservative Party conference was what the Tories, and indeed all political parties, can do to attract young people to their cause.

The current sexual harassment scandals around Westminster can only have made political parties appear less attractive.

Born between the 1980s and 2000, the generation known as “millennial” represents an interesting challenge in politics and in business.

Often characterised as lazy and entitled, millennials are a key presence in the workplace and at polling stations. By 2020, they will make up 50% of the global workforce. This is a group of workers, taxpayers and voters who can’t be ignored.

However, as the Conservatives have recently discovered, communicating with this demographic can prove a challenge, especially when the average age of your party membership is 72.

A series of much-maligned viral marketing campaigns and collaborations with influencers on social media (the staples of nearly all communications with youth) can only take a party so far.

Instead, millennials are looking for a system of ideas to work on behalf of, and a powerful ethical incentive to motivate them.

If the 2017 election results are anything to go by, it would seem that Jeremy Corbyn’s Labour are an attractive proposition for them.

His brand of ideology, seemingly based in compassion, equality, and a dedication to doing the right thing, has captivated the millennial mindset. Achieving such a feat is not only imperative for politicians, but for businesses too if they want to be innovators and long-term winners.

With support, Knopf has been able to use technology to streamline his company’s financial structure.

The work of Vitalik Buterin, the 23-year-old Russian-Canadian programmer who invented blockchain technology and cryptocurrency tool Ethereum, is similarly impressive.

Both innovators have saved their companies, and wider industries, a very significant resource – time.

How to welcome millennials

What is amazing about the millennial generation is that David Knopf and Vitalik Buterin are not particularly exceptional.

All over the world, there are 20-somethings looking to pour their efforts and innovations into organisations they believe in. Your business can become one of the organisations to benefit by doing the following:

Making your company a worthwhile one to work for: It doesn’t matter how dull the task, employees produce their best work when they feel that their company is working towards a shared and impactful goal.

To do this, employers must be able to demonstrate that their business adheres to the highest levels of corporate social responsibility, transparency and actually works (in the real world) to support the values in its mission statement.

Attracting millennials and keeping them engaged isn’t about pizza and beanbags in the office. It is about creating a fair and equal environment, and ensuring that proper ethics and responsibility become part of the company’s culture.

Getting on board with 21st-century working: Keeping a battery farm of staff chained to their desks is bad for productivity.

Many organisations, with world-leading tech companies such as Facebook and Google setting the standard, have embraced flexible working cultures. It is the realisation that the best way to engage the best and the brightest talent is by offering contracts that suit the individual.

This means flexitime, it means options to work from home and it means assignment-based contracts, if they work best for the employee.

Adopting this kind of gig economy approach means that companies can be enhanced with the specific skills needed at the right time, and that staff have the freedom to work for multiple organisations should they choose to, setting their own work-life balance. Balanced employees mean greater output for the company.

Understanding the millennial perspective: Rather than dismissing millennials as lazy, employers should seek to understand that their view of the workplace is coloured by their experience of the 2008 global economic crisis.

Many saw their parents lose their jobs, the introduction of tuition fees, and yet their chances of graduate employment have become smaller.

Many graduated into a desolate space, where it frequently took 30-plus applications to even get invited to interview. And they know that, should their company find itself in trouble, being made redundant is a very real possibility.

Millennials will not show a company the loyalty it seeks until the company has proven itself. This is not ungrateful – it is smart business acumen in an environment with no guarantees.

Millennials and their values may seem foreign to someone who has been in a job longer than a millennial has been alive, but this is reality of doing politics –and business – in 2017.

Young voters and employees alike value the corporate and political ideologies that demonstrate best ethical practice, compassion for others and true meritocracy. The young people who find this are the ones who spend every day trying to succeed, and that businesses will benefit most from employing.