Kitchen manager dismissed for food safety issues was discriminated against 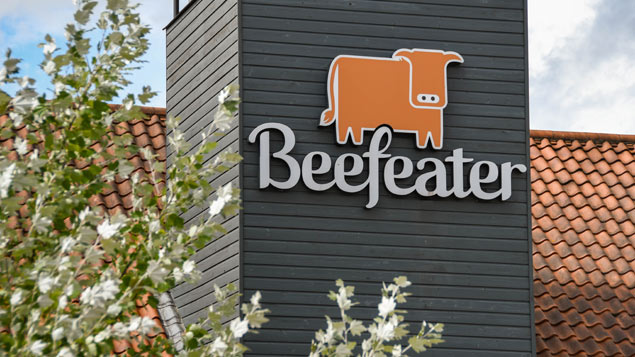 A Beefeater kitchen manager who was dismissed for food safety failings after working excessive hours was discriminated against because of his disability, an employment tribunal has ruled.

Mr J Hermosa Mateos, who had returned to work for Whitbread Group after a period of sickness absence, claimed his concentration was affected by the pain medication he had been taking to cope with longer working hours.

Ascertaining whether an employee has a disability

He was employed as a kitchen manager at The Albert, a Beefeater restaurant in Colchester, Essex. He suffered a ruptured bowel in November 2017 and was off work until May 2018.

The company’s occupational health department advised that he should return to work on a phased basis, avoid heavy lifting and break up administrative tasks to give him a rest from physically demanding work. It also noted that the company should treat him as disabled under the Equality Act 2010.

Shortly after Mr Hermosa Mateos’ return on reduced hours, the informal weekly meetings that monitored how he was coping with his role and health stopped when his manager moved to a different restaurant.

The company also failed to undertake a review meeting at the end of his phased return period. This meant there was never any formal review of his ability to cope with the job when he was back to working his contracted 48 hours per week.

However, due to staff shortages and the suspension of a colleague, Mr Adnam, Mr Hermosa Mateos found he was regularly working beyond 48 hours. He said his pain increased as he worked for longer, so he began taking more medication which resulted in him feeling dizzy, weak and experiencing poor concentration and forgetfulness.

This, he claimed, affected his ability to remember to do all the food safety checks that were required and had an impact on the speed at which he could do them.

He told the restaurant’s deputy manager that he was struggling with the demands of the role. His difficulties were never discussed further or investigated by the restaurant.

In August 2018 he was called into a meeting following the discovery of 20 food safety issues between 31 July and 7 August 2018. He was suspended and later dismissed in September 2018 because of these.

The tribunal noted that Whitbread Group, which owns the Beefeater chain, has a policy whereby staff were required to cover for colleagues who were absent for short periods of time, which put the claimant at a significant disadvantage as it meant he had to work for longer hours than he should have done when returning from sick leave – sometimes up to 68 hours per week.

The judgment notes: “The effect of working 68 hours, given his current health condition, was to increase his stress levels and tiredness, in circumstances where his energy levels had not yet returned to the levels at which he had been previously performing.

“In these circumstances, we consider that steps should have been taken to reduce the impact of the practice on the claimant’s working hours.

“The tribunal has heard no evidence from the respondent that it would been impossible or particularly difficult to have provided temporary cover for at least part of Mr Adnam’s duties during the time that he was suspended. There has been a failure to make a reasonable adjustment in this respect.”

It also found Whitbread Group’s investigation into the employee’s culpability in the food safety failings had not been reasonable. It noted that a “reasonable employer” would have interviewed his line manager, who would have revealed the level of demand that had been placed upon him. It also should have investigated the impact his health condition and medication had on his ability to perform his role by requesting a report from his GP, for example.

However, the tribunal noted that the food safety issues – which included food not being cooled, labelled or stored correctly – were serious and agreed that as kitchen manager Mr Hermosa Mateos would have been responsible for these. It said he should have informed the company that he was unable to cope with this aspect of his role.

The tribunal said that had the company carried out a full investigation that considered the extent to which it had failed to follow its own procedures, there was a 40% chance that it would have reached a different conclusion and not dismissed the claimant. Therefore, Mr Hermosa Mateos’ unfair dismissal award was reduced by 60%.

The tribunal judgment did not reveal the amount that Mr Hermosa Mateos would be awarded.