Worker reps would be part of Labour nationalisation move 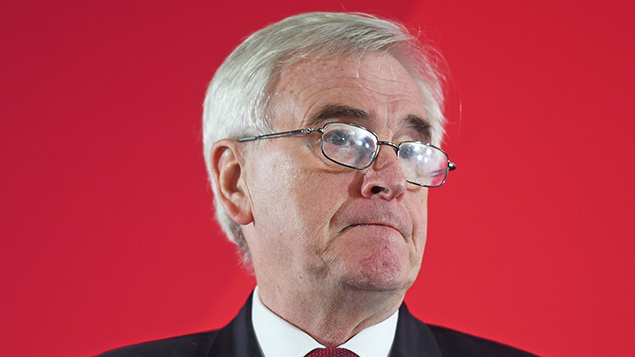 As part of this, nationalised organisations would be required to have governing boards made up of workers, politicians and customers. These boards would have to be accountable to the public, with a requirement to broadcast major decisions live online.

The shadow chancellor will promise to “give everyone the option of participating in how their utilities are run”.

“We’ll set up boards to run them made up of you, the customer, and you, the worker, as well as representatives from local councils, metro mayors and others,” he will say.

“We’ll make sure decisions are taken locally by those who understand the services – those who use them and deliver them.

“Meetings will be public and streamed online with new transparency regulations set higher than ever before, so you can see if your road is being dug up, why, and for how long.

“And we’ll create new People’s Assemblies to hold these boards to account and give everyone the option of participating in how their utilities are run.”

He will add that, “when Labour puts money in your pockets, we will also put power back in your hands”.

McDonnell will also announce that he will hold his first budget within weeks of a Labour victory, which would set out more detail into their spending plans.

Labour leader Jeremy Corbyn has previously hinted that he would like to bring a number of other organisations, including the National Grid, back under public ownership.

From an HR perspective, nationalisation would likely bring challenges in terms of harmonising terms and conditions, while the necessary restructuring could lead to potential redundancies.

At the time, shadow business secretary Rebecca Long-Bailey said: “It is precisely this kind of behaviour that makes democratic ownership and management of our utilities so necessary and popular.”