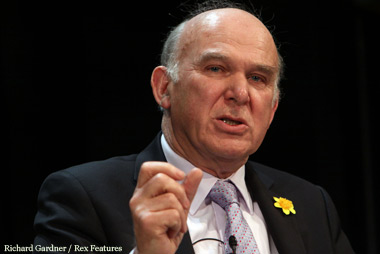 The Government has today confirmed plans to overhaul key areas of employment legislation, following a consultation on resolving workplace disputes and the outcome of the “Red Tape Challenge” review of employment law.

The proposals were outlined this morning by business secretary Vince Cable and include some reforms that had been widely predicted by commentators.

They include significant proposed changes to the dismissal system, which could result in micro-businesses – organisations with fewer than 10 employees – being free to use the “compensated no-fault dismissal” system that had originally been outlined in the leaked set of recommendations recently put together by venture capitalist Adrian Beecroft.

Cable also said that the Government would be looking at ways of “slimming down” existing dismissal processes and identifying ways in which they might be simplified. As had been predicted by many, Cable confirmed that from April 2012 the qualification period for unfair dismissal will be increased from one to two years.

Today’s announcement also confirmed changes to the employment tribunal system, which the Government says will deliver £40 million per year in benefits to employers and will reduce the number of claims made. Cable said that the Ministry of Justice will publish a consultation on the introduction of tribunal fees. As expected, proposals will require users of the system to pay fees in order to encourage them to “consider seriously the validity of their claim”.

The consultation will set out two proposals – the first is that employees pay an initial fee to lodge a claim and a second fee to take the claim to hearing. The second option proposes introducing a £30,000 threshold, so those seeking an award above this level will pay more to bring a claim.

Also under the proposed changes to the tribunal system, all employment disputes would be required to go to Acas for pre-claim conciliation before proceeding to a tribunal.

Cable confirmed that there will also be a call for evidence on whether or not the 90-day minimum consultation period for collective redundancies is restrictive to employer flexibility and whether it should be reduced or not.

Announcing the changes, Cable denied that they would dilute workers’ rights. He said: “Many employers still feel that employment law is a barrier to growing their business. We’re knocking down that barrier today – getting the state out of the way, making it easier for businesses to take on staff and improving the process for when staff have to be let go.

“But let me be clear: we are not rebalancing employment law simply in the direction of employers. Our proposals strike an appropriate balance and we are keeping the necessary protections already in place to protect employees. Our proposals are not – emphatically not – an attempt to give businesses an easy ride at the expense of their staff. Nor have we made a cynical choice to favour flexibility over fairness.

“We know that disputes at work cost time and money, reduce productivity and can distract employers from the day-to-day running of their business. Tribunals should be a last resort for workplace problems, which is why we want disputes to be solved in other ways.”

The Department for Business, Innovation and Skills (BIS) confirmed that some of today’s proposed changes will require the Government to introduce primary legislation, subject to the Parliamentary timetable.

Detailed analysis of today’s proposals can be read at XpertHR.

The full Government response to the consultation can be found on the BIS website.