How can the engineering sector find its Hidden Figures?

By Jo Faragher on 11 May 2017 in Gender, Equality & diversity, Skills shortages 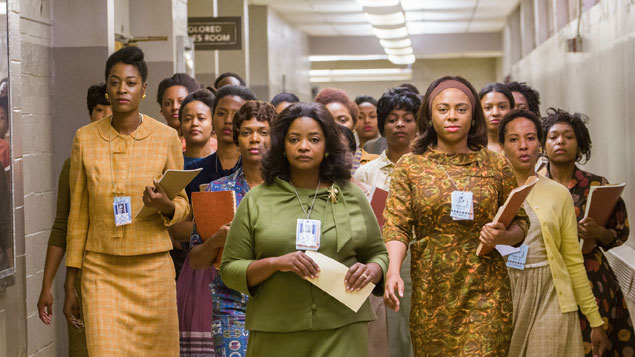 The engineering sector, as with much of the STEM sector, suffers from a woeful lack of female talent. The Institution of Engineering and Technology’s #9percentisnotenough campaign aims to encourage and support employers to attract and retain more skilled women, and reduce the impact of skills shortages in years to come.

Hidden Figures, a film about three women who worked at NASA in the 1960s, was nominated for a clutch of Oscars this year.

Although it didn’t win any of the coveted statues, its story of female engineers combatting sexism in a male dominated field still resonates today.

The #9PercentIsNotEnough Conference will be held at the IET in Birmingham on 23 June 2017.

Last year, the IET launched its #9percentisnotenough campaign, which aims to encourage employers to inspire, attract and recruit more women into these industries.

This initiative included a Twitter campaign where women working in the engineering sector posted pictures of themselves holding up their hand to represent the need to stop the shortfall of female talent.

The IET believes the difficulty attracting women into engineering is not just a question of improving diversity. The UK needs to find 1.8 million new engineers by 2022.

Next month the IET is hosting a conference including speakers from major engineering and technology companies to discuss how attracting and retaining more female talent could help reduce the impact of skills shortages in the future.

The IET, in collaboration with the Prospect, a union that represents STEM professionals, has come up with a guide for employers on building strategies to get more women into engineering roles.

Its recommendations include: combatting unconscious bias, benchmarking progress with “best practice” peers, developing visible career pathways for senior and executive roles and advertising jobs in a way that includes positive images of women in STEM occupations.

A further issue the IET highlights is retention – research has found that where women do not feel valued, this can have a huge negative impact on whether they stay with their employer. A survey by recruitment company NES, for example, found that 45% of women working in the oil industry felt they did not get the same recognition as their male colleagues.

Furthermore, women struggle to progress into senior roles as often as men – a trend that has been put down to some unconscious bias in that they have been judged to be less competent, but also in lack of access to flexible working and other supportive policies should women decide to take time out to have a family.

It cites examples at prominent engineering companies such as Atkins, which offers a two-day course for returners shortly after they come back to work, as well as a Women’s Professional Development Programme which runs over three months.

Microsoft runs a programme targeting prospective candidates called the “T Party initiative”, which brings together role models and engages senior female executives as sponsors and mentors to generate interest in women following a career in IT.

Next month’s conference at the IET’s offices in Birmingham will include workshops from major employers on topics such as talent management and how companies can build practical solutions to create more female engineers.