How can HR drive the best use of office space? 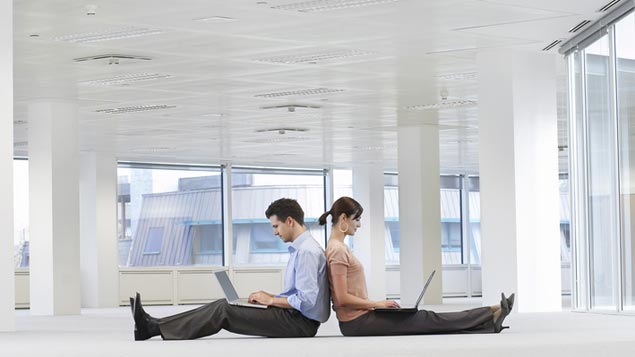 Sensors help the product work out how much space is being used.

Investment in office space is increasing, yet so is flexible working, meaning offices are rarely at full capacity. A new product can help organisations work out just what they need.

Even though more and more organisations are endorsing flexible and remote working, the average London company of around 1,000 staff could be wasting as much as £3 million per year on excess office space.

According to workspace utilisation provider Condeco Software, firms across the capital routinely use only between 38% and 46% of their total office area, with figures peaking at heights of between 58% and 66% each day.

Condeco head of workplace, Andy Howells, says that this means the “headroom” across London is around 30%.

Based on an assumption that a fully utilised desk in the capital costs firms between £10,000 and £15,000 each year, these occupancy rates do not make sound financial sense.

But, at the same time, flexible working is on the rise. A survey of 200 HR directors by recruitment consultancy Robert Half indicated that levels had jumped by 37% over the last three years.

This has not had an impact on companies’ investment in property, according to Cushman & Wakefield, which found that last year, the amount of occupied office floor space in London actually increased by 44% to 8.2 million square feet – the biggest surge since the start of the recession.

Lynda Lowe, Condeco’s marketing director, explains: “Quite a lot of companies reduced the amount of real estate they had four or five years ago, so now that the economy is on the up, they’re starting to add it again.

“But some are doing it in an uninformed way, based purely on numbers and headcount increases because they don’t understand how their current space is being used.”

Condeco’s new product Sense could help organisations work out just how much space they need.

It comprises a network of wireless sensors, each of which is about the size of a mobile phone and is placed in strategic spots about the office, which includes on desks, in meeting rooms and in breakout spaces.

These little devices take more than 1,400 readings per day in order to work out how much given sites are being used and, in the case of meeting rooms, how many people are getting together in them.

This way, companies can gather evidence on how many rooms they require, and even how big they should be.

The data showing the extent to which individual assets, workspaces, floors or buildings are being used is presented in graphical format on a dashboard, which is accessed via an online portal using an encrypted URL.

HR can then use this information as the basis for workplace planning initiatives in conjunction with experts from facilities management and property departments. This could save employers quite a lot of money.