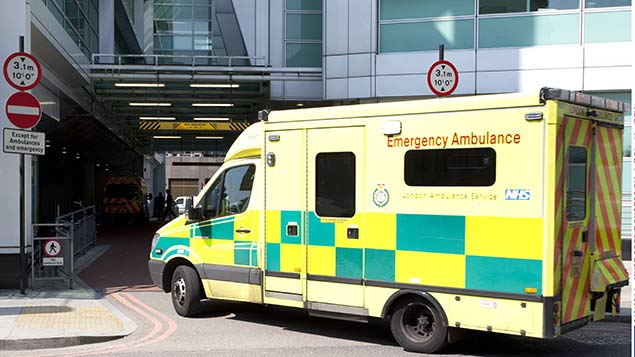 The Christmas season and demand for A&E staff influenced the jobs market in December last year, according to the latest monthly figures from the Recruitment and Employment Confederation (REC) and KPMG.

The latest Report on Jobs reveals that there was strong growth in placements for both permanent and temporary roles in December – with temporary billings growing at the fastest rate in three months.

At the same time, however, skills shortages in many sectors hampered employers from filling all of their desired roles.

Permanent positions picked up again after an 18-month low in November, although the rate of expansion was at its slowest since July 2013.

Reflecting a return to organisations booking Christmas parties after many took a break for economic reasons, hotel and catering skills were in high demand, the REC said.

The sector where temporary work was most available was in nursing and medical care, reflecting an increase in winter ailments in hospitals and health services.

However, availability of candidates was an issue for many employers, with those looking for short-term roles in December in short supply. Around one-third of employers said availability was worse in December than in the preceding month.

Permanent staff availability also declined during December, continuing a trend that has been in place since May 2013, the REC said.

Demand for staff in both permanent and temporary positions was highest in the private sector.

The potential for protracted negotiations around a hung parliament come May could affect business confidence and hence future hiring” – Kevin Green, REC

The REC’s Job Vacancy Indicator, which monitors overall demand for staff through agencies, remained strong at 67.1 (a figure of 50 means no change on the previous month), compared with 54.5 for permanent roles in the public sector.

Within the private sector, demand for accounting and financial staff was higher than in any other sector. The slowest rise in demand was among construction workers.

Average starting salaries awarded for permanent roles continued to rise, with the rate of growth similar to that recorded in November 2014. Reflecting growth in demand and tight availability, pay for temporary staff increased at the sharpest rate in three months.

Kevin Green, chief executive of the REC, said this level of growth should be “sustainable”, but added that the upcoming general election could influence employers’ intentions.

He said: “The prospect of increased government intervention in the labour market as promised by the Left, questions around Britain’s position in the EU which are being posed by the Right, and the potential for protracted negotiations around a hung parliament come May could affect business confidence and hence future hiring.”