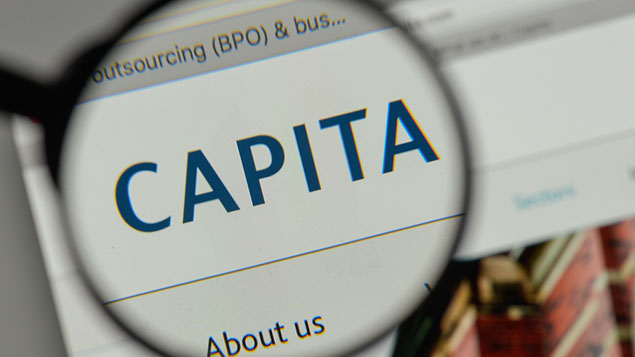 It has emerged that last month Capita scrapped its policy of charging thousands of pounds in exit fees to graduates who had quit the company’s Novus programme within two years.

According to the Graduate Fog website, the services giant emailed graduates on its Novus graduate scheme on 14 June, confirming it would “no longer be seeking to enforce any existing training fee repayment clauses”.

The email thanked graduates for their hard work and proposed “the replacement of your existing Training Agreement with a new document. This document will no longer contain a repayment clause, but will instead confirm the long-term incentive model. It will be your choice whether to replace your existing agreement with the new structure, but we hope that you will do so.”

It said the change had come about “following a review of our policies and procedures within the Novus programme”. Capita said it would launch a “long-term incentive model”, to reward graduates for their long service and high performance.

This policy was always deeply unfair and highly unethical. Capita cannot be unaware of the anguish they have caused to a great number of their graduates over the years” – Tanya de Grunwald, Graduate Fog founder

In May it emerged that Capita was among companies subject to a legal challenge over their practice of ensuring trainees work for the organisations for at least two years by requiring them to pay fees of up to £18,000 if they left within that time. During the training, of around four months’ duration, the trainees were unpaid.

The Good Law Project, which is backing the legal challenge, characterised the training arrangements as “indentured labour”. The high court action is set to continue because other service companies, such as FDM, operate similar programmes.

She added: “This policy was always deeply unfair and highly unethical. Capita cannot be unaware of the anguish they have caused to a great number of their graduates over the years. Many have lost months – or even years – of their career because they felt chained to an employer they wanted to leave. Others, who called Capita’s bluff and left, have endured the stress of being hounded for huge sums of money they were told they owed. Others still may have paid it, or some of it – we don’t know.

“The fact is that this simply should not have happened in today’s UK job market. No reputable business should operate this sort of policy.”