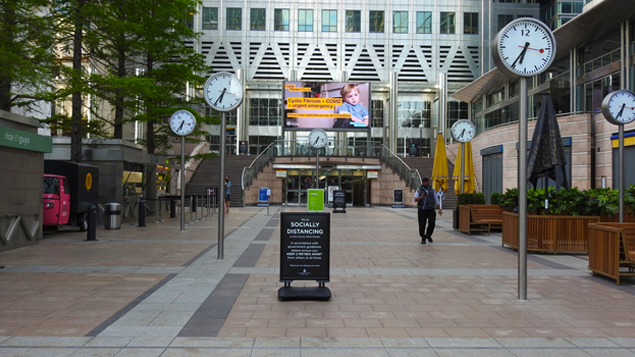 Town and city centres will become permanent ‘ghost towns’ if employers and the government fail to do more to get workers back to the office, a senior business leader has warned.

Dame Carolyn Fairbairn, the director-general of the Confederation of British Industry, said getting employees back to the office was just as important as getting children back to school, as offices were “vital drivers” of the economy.

End of the office?

Writing in the Daily Mail, she said: “They support thousands of local firms, from dry cleaners to sandwich bars. They help train and develop young people. And they foster better work and productivity for many kinds of business.

“The costs of office closure are becoming clearer by the day. Some of our busiest city centres resemble ghost towns, missing the usual bustle of passing trade. This comes at a high price for local businesses, jobs and communities.”

She said that flexible working needed to remain an option but had its disadvantages – especially for young people who often benefitted from face-to-face learning in the workplace.

“There is also the question of fairness. Many employees, from barbers to brewers, have no option to work from home,” she said. “We don’t want to see a new divide in our society – between those who can and can’t work from the safety and comfort of their homes.”

Fairbairn called on the government to do more to build confidence around the return to workplaces.

“They need to shout louder about safety measures in place, enforce the wearing of face masks on tubes, buses and trains, and support the introduction of flexible season tickets so people can return gradually without financial penalty.

“And we urgently need mass widespread testing – including in the workplace – to help people feel confident and safe,” she said.

Last week it was revealed that London office rents are projected to fall by 40%, with leasing activity in the capital falling by 57 percentage points this summer compared with the previous quarter.

According to a Daily Mail survey, among the major organisations expecting to allow staff to continue working from home for the rest of this year include KPMG, BT, Unilever, Aviva and NatWest group.