By Jo Faragher on 24 Nov 2019 in Careers in HR, CIPD, Latest News, The HR profession 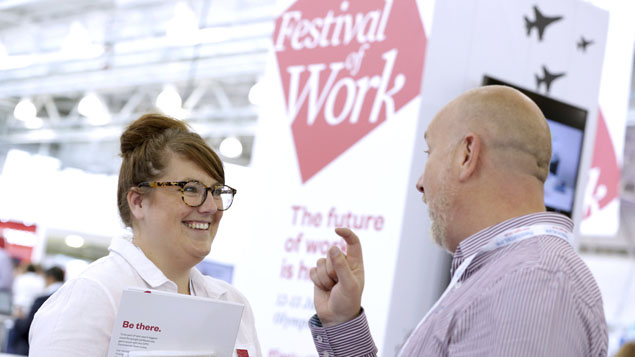 The CIPD has issued its latest annual report, including the largest survey of its members it has ever conducted.

Its review of activities for 2018/19 found that 69% felt membership was relevant to them and their career, while more than three-quarters (77%) said they felt the CIPD was an “important career partner”, down slightly from 80% in the previous year.

The CIPD’s survey of almost 10,000 members was the biggest it has undertaken, having invested £5.5m in membership services this year. Its revenue increased by 7% to £39.9m, most of which comes from membership subscriptions.

Just over half of members (56%) said the content provided by the CIPD was relevant “at their level”, although 79% said the organisation’s purpose guides the actions they take in their professional life.

In response to these findings, the organisation said it would expand its career support through more resources and case studies, particularly promoting mid- and junior career role models. It also plans to develop specific tools and resources to support members in their individual career paths.

The CIPD added that many of its chartered members were self-employed consultants who felt they were not so well supported, and the organisation had since published a range of new resources targeted at this audience.

Membership director David D’Souza said the body was “continually working on giving our members the best possible value and providing them with resources that they can use on a daily basis”.

“Over the last year we launched a new Community app to improve peer to peer learning and are now publishing practical, evidence-based guides alongside every research report we put out. We also introduced a new Customer Panel, so that members can share their views of what tools and resources they’d like us to produce in the future and give us feedback as we design them.

“In the coming year we expect to make significant progress in a number of key areas. We’ve been investing heavily in our systems, which need improvement to deliver members’ experience and also in new content. The member-exclusive content will be rolled out across 2020 and will be supporting key areas of the New Profession Map. I’m genuinely excited about the changes we’ll be making over the next 18 months and am confident it will make a big difference to the profession.”

On average, members rated the value of their membership at 7 out of 10, and the more facilities members use, the higher they tend to value their membership. However, the average member uses just four out of 26 benefits on offer – the CIPD has responded by developing a new webpage to raise awareness of what’s available.

The CIPD’s report also revealed that 22% of members feel the organisation is easy to do business with, although “a number of high-profile service issues” were a major contributing factor. The number of concerns raised by members this year went up by 55% to 77.

In terms of its own workforce, the CIPD’s median gender pay gap fell from 7.6% in 2018 to 6.8% on 5 April 2019. It attributed this to greater diversity when filling job vacancies and a “continued focus on pay management in line with our reward principles”.

The organisation also published its ethnicity pay gap, despite there being no legal obligation to do so, which showed an overall median gap of 19.8% between white employees and black and ethnic minority employees.

Among its highlights for the year, the CIPD cited the success of its new flagship HR conference and exhibition – Festival of Work – which took place in May, as well as a new annual conference in Northern Ireland. It also noted that around 900 of its members benefited from free, one-to-one mentoring this year. Increased awareness of its online community platform led to 50% growth in unique visitors per month.

Looking towards the year ahead, the report stated: “Long term, our priority remains the same: driving change in the world of work, led by a strong community of people professionals.

“To this end, we’re now focused on building a digitally enabled, future-fit organisation that meets members’ needs and can champion better work and working lives at scale.”

One Response to CIPD expands support for members after feedback