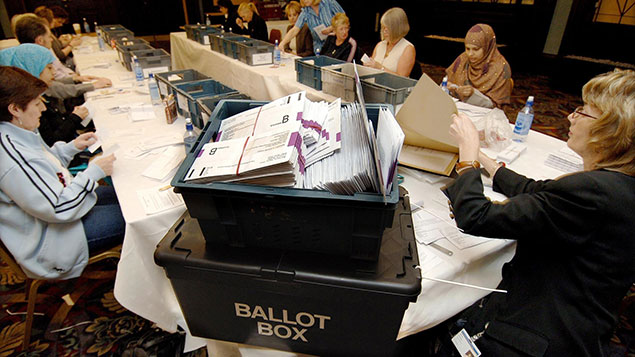 The Communication Workers Union has denied that its proposed December strikes are politically motivated and designed to disrupt the forthcoming general election.

Business secretary Andrea Leadsom has claimed that the strike threats could impact postal votes in the run-up to polling day on 12 December.

Union secretary Gary Clark is reported to have said: “They won’t only say we stole Christmas, which they will do, we’ll probably steal Brexit off them as well.”

The CWU was responding to a statement sent out by Leadsom saying: “CWU’s threat to ruin Christmas and disrupt the postal system during the general election is just a preview of things to come if Jeremy Corbyn is ever allowed near the keys to Number 10.

“The timing of this threat is clearly politically calculated and would disrupt both the election and people’s Christmas deliveries.”

Responding on Twitter, CWU said: “1. We have not yet called action. 2. We had our ballot in play well before the election. Don’t blame us for your incompetence. 3. If you didn’t privatise Royal Mail we wouldn’t be here.”

1. We have not yet called action

2. We had our ballot in play well before the election. Don’t blame us for your incompetence

3. If you didn’t privatise Royal Mail we wouldn’t be here#WeRiseAgain 🦁 pic.twitter.com/RO88UpzooH

According to Royal Mail, it wrote to the union last week to say that if it committed to remove the threat of strike action for the rest of the year, it would enter into discussions. Royal Mail said it will also extend the life of the ballot result by the same amount of time as any pause on industrial action. However, CWU has not taken up this offer.

Shane O’Riordain, Royal Mail’s managing director of regulation and corporate affairs said: “In the event of industrial action in the run up to a general election, election mail will be our number one priority. We will invest significant resource to seek to ensure a seamless process for the handling of postal election material. Royal Mail volunteers will also work on the processing and delivery of election mail.

“Royal Mail is also meeting the CWU as a matter of urgency to discuss the union’s request for an increase in the dedicated payments postmen and women receive for delivering each poll card and individual item of candidate mail.

“The recent ballot result for industrial action does not necessarily mean that industrial action will take place. In addition, Royal Mail continues to believe that a binding commitment from the CWU to remove the threat of strike action during the period of any general election is vital to ensuring a seamless electoral process in relation to postal votes.”

CWU voted in favour of strike action last month, claiming that Royal Mail did not honour its pledges to reform pensions and working hours.