Dissatisfaction with work culture leads to millions of sick days 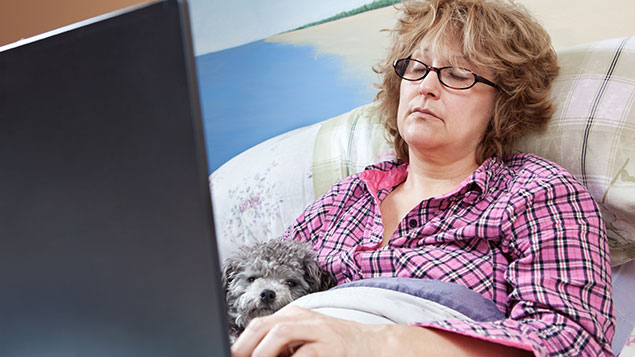 A fifth of UK workers say they would be happy to work from home rather than call in sick but their employers don’t allow them to do this.

Research released on so-called National Sickie Day suggested there were “serious issues within organisations’ culture” because 8.6 million people took sick days last year not through illness but dissatisfaction with their jobs.

Work culture, problems with colleagues and workloads were cited by the survey’s respondents as reasons to stay off work. At the same time, 12 million workers also went to work while genuinely ill.

The figures were collected last month by IT firm Insight via a survey by Kantar of 1,250 people

According to some surveys, more employees call in sick on the first Monday of February than any other day of the year, with an estimated 215,000 doing so last year.

Tom Neil, Acas senior adviser, told the BBC: “For people to be able to be honest about how they feel at work, good work practices including having an inclusive culture and effective people management are key.”

“Employers have a duty of care to their employees to look after their safety and wellbeing, and this includes their physical and mental health.”

The survey also found that a quarter of respondents took a sick day in 2019 because of dissatisfaction with their jobs.

For some, it was the feeling of being overworked that led them to take a sick day; for others unreliable and slow systems and processes were such a source of frustration that they couldn’t face going in. Other workers experienced conflicts with colleagues.

However, 37% of respondents said they had travelled into work in the past year despite feeling under the weather.

Emma de Sousa, Insight UK managing director, said: “Employees should be empowered to work in a way that suits them and organisations need to offer a supportive culture, underpinned with the processes and technology to make it work in practice.

“Businesses that can’t or won’t provide this will struggle to attract and retain the brightest and best talent – and will find their employees’ morale and productivity steadily falling.”

ONS data released in December estimated 12.5 million sick days were taken for minor and preventable illnesses such as colds since 2011. It also revealed that the total number of days lost through sickness absence has remained largely unchanged since 2010.

And according to the CIPD, the typical employee’s number of sick days dropped to 5.9 in 2019 – the lowest in the 19-year history of its annual absence survey.

Another reason for sick days and a lack of productivity is sick days caused by the easily preventable transmission of minor bugs. A report by GCC Facilities Management published in December suggested that many sick days could be prevented through improved office cleanliness. The firm surveyed 650 UK office workers to see which office areas are often neglected the most, finding: