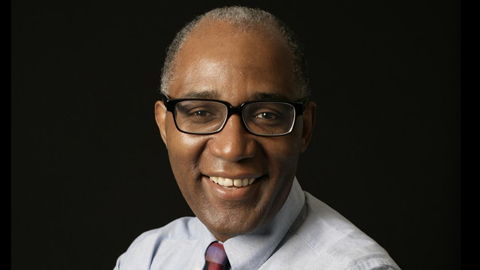 The Employer Network on Equality and Inclusion (enei) has just announced that Trevor Phillips, renowned equality campaigner and former chair of the Equality and Human Rights Committee, will join its board. In an exclusive interview with Personnel Today, Phillips sets out what he wants to achieve.

Diversity needs to “stop being dumped on HR” and become a shared organisational issue, claims Phillips. If chief executives really want to see change, he says, they need to stop focusing on initiatives for initiatives’ sake, and embrace diversity because it is good for business and helps them serve their customers or citizens better.

No stranger to speaking his mind, Phillips touched on this point recently in an article for The Sunday Times. He called out some diversity campaigns for being too focused on “raucous name calling and denunciation”, claiming they did not take into consideration people’s real behaviours and motivations.

The reason he wanted to get involved with the enei, he says, is to help create the right framework for organisations to improve diversity and inclusion: “You can’t make change happen simply by yelling at everybody that they need to do better. There’s a point where you create the right framework, and people help each other and find ways of improving. To some extent, they improve because they are competing with their peers. Enei has a huge role to play in helping employers benchmark against comparators, and in helping them to find new ways of doing better.”

Before joining the Commission for Racial Equality (CRE) in 2003 and later the Equality and Human Rights Commission (EHRC), Phillips worked in broadcasting for many years and also chaired the London Assembly. During his 10 years at the CRE and EHRC, much of the focus was on developing a legislative and policy framework for employers. He says: “When I left, I felt we’d done a decent job, but there’s a limit to what you can do through legislation and regulation, particularly in the private sector.

“We’re at the stage now where Government and statutory bodies can play a really important role in explaining the law and enforcing it where necessary, but the truth is that most organisations want to be better at diversity and inclusion, they just don’t know how.”

One of the potential areas where employers could make more of a difference is in collating more data, and bringing more scientific methods into how they approach diversity. Phillips cites examples of hospitals where rates of recovery are related to (but not dependent on) the ethnicity of their carers. “This is the sort of data we haven’t started to collect, understand, or analyse properly,” he says.

Together with enei chair Harry Gaskell, Phillips is involved in creating the new National Equality Standard, an initiative designed to help employers bring some consistency to their diversity and inclusion efforts. It brings together a group of leading employers led by consulting firm Ernst & Young, and to be awarded the standard, each company must undertake a robust assessment against a defined set of criteria, including interviews and staff surveys.

This is all part of the drive to create a greater evidence base for diversity, says Phillips: “We want to make this driven by metrics. This will change the landscape entirely over the next five years and I can say that a large percentage of the FTSE 100 will have qualified this and will want to make sure their suppliers do too.”

One of the areas enei has been pushing forward is in unconscious bias. It has been running workshops and assessments for employers to work out whether workers’ implicit associations or beliefs are having an impact on performance and engagement. Phillips hopes more organisations look at unconscious bias, but for the right reasons.

He explains: “I knew of a major asset or wealth management business that was running some unconscious bias sessions for its senior leadership. They look after a lot of rich people’s money, and the head of the asset business came to the head of diversity and said ‘I don’t know if this is the case, but I’m anxious that my sales people are unwittingly putting off some female clients and some clients in emerging territories.’ So it was a suspicion [it was affecting business], and he wanted some unconscious bias training to make sure. That’s how it should be.”

Profits as a motivator

The motivator is the key, he adds. “It shouldn’t be that an HR or CSR (corporate social responsibility) department says we need to do this to be righteous, or because we need to have a perfect reputation; it should be the sales team saying, ‘in order to be profitable, we need to make sure we have the right mix of people on staff”.”

Too often, diversity and inclusion is a case of “painting by numbers”, according to Phillips. “When people think of diversity, there’s a sort of corporate eye-rolling, a ‘we need 50% women – can we do this painting by numbers?'” he says. “That approach isn’t wrong, but it’s partly a means to an end because the important diversity is not what it looks like (ie, how many women there are or ethnic minorities), but in diversity of skills and attitudes.”

In the same vein, chief executives have tended to “dump” the diversity brief onto HR because it’s seen as a problem that needs a solution. Phillips explains: “What tends to happen is that you’ve got a largely male and white leadership, which every now and again agonises about it and says to the head of HR: ‘Why can’t we get more women or Asians?’, and they get cross when HR can’t deliver an instant solution.

“I think that employers are putting a responsibility on HR that should not really be theirs. This is a whole-organisation issue. The rest of the organisation, especially departments like sales and marketing, has been let off the hook, in a comfort zone where they don’t have to think about this.”

This isn’t the first time Phillips has made this point. When he took over the chair of the CRE, he asked: “Why does the diversity brief always fall into HR?” Perhaps understandably, HR went on the defensive. This time, he’s at pains to explain that HR will still have a role, but that it will need to be a shared one.

“What I would say to HR is, be ready to let it go,” says Phillips. He concludes that HR can move forward in two key ways: “First, by saying to the chief executive that we’re past the stage where they can discharge their responsibility for diversity by simply instituting some programme. Second, by getting hold of better, more detailed information and metrics. The place at which boards are going to be convinced that diversity matters is where, technically, they can see a relationship between diversity and who works for them, what they do, what their output is and where profitability arises. It’s the numbers that will tell.”

With more and more HR professionals embracing the power of data, this should be a role they are happy to take on.

The enei is sponsoring the Diversity and Inclusion Award at the Personnel Today Awards 2013.