By Jo Faragher on 3 May 2013 in Economics, government & business, HR strategy, Employee engagement 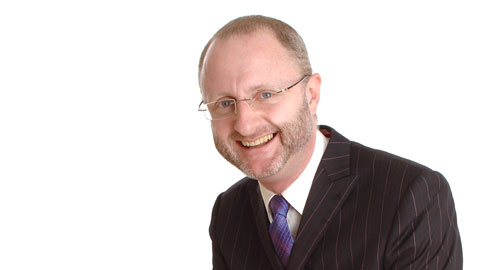 Radio group UKRD was recently ranked number one in the Sunday Times Top 100 Best Companies to Work For list for the third consecutive year. The company, which has around 270 staff, owns and operates 16 local commercial radio stations, as well as a significant portfolio of websites and a software licensing business. Personnel Today caught up with chief executive William Rogers, pictured above, to find out what drives such high levels of engagement.

Were you surprised to rank in first place for three years running?

Yes, I was surprised. I think it’s happened because we genuinely do believe that people are the single most important asset we have, and try to run our business based on that fact. Over the past six or seven years we have worked incredibly hard to give that philosophy practical effect.

How would you describe the culture in your organisation?

We’ve tried to create a values-based culture, and there are six words that set the parameters for the standards of behaviour we encourage: open; honest; fair; fun; professional and unconventional. So someone might express a view in a meeting, for example, if they don’t agree with something the company is doing. That opinion may be honest, but is it fairly and professionally expressed?

How does this work on a practical level?

Every single year, everyone has a full day out of the business talking about what these values mean to them in the workplace. It’s one thing to introduce the values-based culture, the second thing is backing it up with cash and time. It’s also important that everybody understands that the values apply to everyone. All of the senior team takes part in workshops, they’re not just there to make a speech.

We also provide all of our teams with “courageous conversations” training, which has led to a massive reduction in how much managers need to get involved in disputes between individual members of their teams. Between 90% and 95% of decisions in this company are made on the ground.

Have you encountered any challenges in instilling that culture?

We face two main challenges: one practical, one philosophical. The practical is geography. Our people are based in so many different locations that it’s a tribute to them that the sense of company exists as strongly as it does. You could walk into any of our stations or locations and their characters and personalities will be different, but you’ll get the same sense of energy and dynamism.

The philosophical challenge we faced was scepticism. There was a time when the company would hold an open Q&A session and few questions would be asked or differences of view expressed. Now, I think an outsider would be surprised by how frank those questions are.

Why don’t you have an HR department?

We have an external supplier of HR and legal advice [Mentor, the employment services division of RBS], so effectively we have an HR department – it’s just outside the business. The reason for this is I want our managers to take responsibility for the people that work for them. The moment you have a structured HR department, the relationship between a manager and his team can be less complete because they’re shoving stuff that relates to discipline or other issues to another department. It also makes HR less of what it should be, which is the development of people, not the place you hear from when things go wrong.

You’ve done a lot of different things in your career. What lessons have you learnt along the way?

One of the hardest lessons – but also one of my greatest career achievements – was setting up and running my own successful business as an insurance broker when I was 24. I now know how difficult it is for our managing directors to run their businesses, the hours you have to put in and the commitment you have to give, because our group is essentially a convoy of small businesses. It’s a lot easier to understand that mistakes can be made. I’ve never fired a single person for making an honest mistake.

What makes a good leader?

There are a couple of things a good leader should strive to deliver. The first is clarity of vision, so people can say: “I know where we’re going, what this journey is about, what our noble cause is.” For us, it’s not just running a radio group and commercial success – it’s about changing people’s lives, impacting on communities.

Second, you need to have genuine emotional empathy with the people who work in your business. What makes them tick, what their concerns are and genuinely empathising with those in a practical way. Every year we do something that improves the terms and conditions of the people who work in our business. One year it was improvements to the pension scheme, another year we changed from six-day shifts for journalists and presenters to five days, on the same wage. If the company gets into the discipline of doing that, you end up with a significant improvement in people’s working conditions. I think we now have some of the best in the industry.

What changes have you had to adapt to as a company?

Sadly, our government is very hostile to commercial radio and that’s deeply disappointing. The economy itself is also extremely difficult. Our business is totally dependent on advertising and people are being more careful about their budgets, so we have to be more innovative about how we get our clients a return. Despite this, we’re profitable. Sixty per cent of radio stations lose money.

What would you be doing if you weren’t running UKRD?

It would have to be something involving people. I always had an ambition to become an actor or an auctioneer, because they’re both all about engaging with people.

If you’re thinking about the next step in your career, visit Personnel Today Jobs.