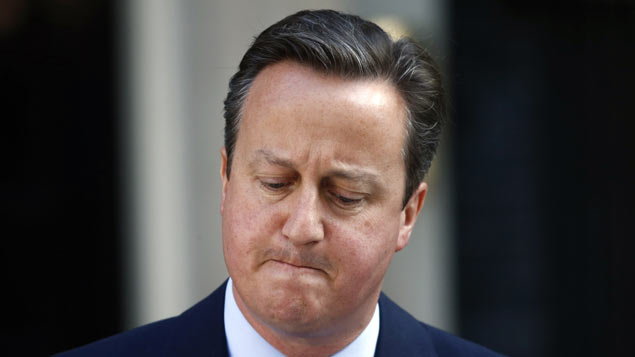 Employers are reacting to today’s news that the majority of UK voters have opted for the country to leave the European Union.

The vote, confirmed early this morning, swung 52% in favour of the Leave campaign. Prime Minister David Cameron is to step down before the Conservative Party Conference in October. Just over 72% of the electorate turned out to vote.

In the coming days and weeks, Cameron will have to decide when to trigger Article 50 of the Lisbon Treaty, which gives the UK two years to negotiate its withdrawal.

Nine in 10 EU workers might not qualify for a visa

Once Article 50 has been triggered, a country cannot rejoin without the consent of all member states.

The decision means many employers with EU workers, or those who have offices in EU countries, potentially face the introduction of costly new policies, as well as major changes to the way the UK reacts to European court decisions in employment cases.

The Leave vote will also likely affect hiring intentions over the coming months as employers take a “wait and see” approach on what future migration policies might look like.

Uncertainty before the referendum had already affected the jobs market, with a survey by recruitment company Reed suggesting that 55% of employers thought a Brexit would put jobs at risk, and the Recruitment and Employment Confederation’s (REC) Report on Jobs showing a growth in temporary contracts compared to permanent hires.

Kevin Green, chief executive of the REC, said: “We need to ensure that British businesses continue to be able to get the people they need to fill the jobs available. Access to talent is absolutely vital to sustainable growth and prosperity.

“In sectors such as healthcare, education, hospitality, construction and manufacturing, workers from the EU are vital and any change to our immigration system needs to recognise that.”

According to Migrate UK, a law firm specialising in immigration law, thousands of existing EU workers may no longer qualify to work in the UK if they fail to qualify under the points-based system we currently use for workers from outside the EU.

Jonathan Beech, managing director of Migrate UK said: “All our clients already face big challenges and costs when hiring non-EU workers under UK immigration laws, which makes it hard to find the skills they need.

“The UK Government needs to urgently and comprehensively revise the current points-based system to offer different criteria to employing EU nationals compared to non-EUs, if we’re to retain the talent we need.”

Carl Richards, head of employment at King & Wood Mallesons, said that employers should expect business as usual pending the exit negotiations, but that in the long term, there would be “significant and wide-ranging legislative change”.

“Businesses that rely on non-UK EU nationals for a significant proportion of their workforce will need to make contingency plans for the longer term in anticipation of changes to immigration rules,” he advised.

“Employers may wish to communicate with their workforce about the referendum outcome and its impact on them, as the leave vote will no doubt cause significant anxiety within some businesses and sectors.”

Peter Cheese, chief executive of the Chartered Institute of Personnel and Development, said the decision would have “a significant impact on the world of work and future planning within organisations”.

He said: “We need a broad and thorough consultation between government, organisations and employees across all sectors and representative bodies.

“The CIPD will play its part in these necessary consultations drawing on our strong base of evidence and experience of the world of work.

“It’s important that the Government takes the time to really understand the impact of any proposed changes and works with businesses to minimise risk to individuals, organisations and the economy.”

Susie Munro, senior employment law editor at XpertHR, said that employers now face “years of uncertainty”, especially in relation to the position of EU workers in the UK and the status of case law based on European judgments.

She said: “The length of time it will take to negotiate exit terms means that the real impact on employment law will be decided at the next general election, in May 2020.

“If we have a government that wishes to take the opportunity to repeal EU-derived employment protections, it is likely that any action will, at least initially, be focused on specific areas such as harmonisation of contracts following a TUPE transfer and the calculation of holiday pay, rather than a drastic rollback of employment rights.”

Peter Finding, an associate at Withers, said that prime candidates for reform would be TUPE-related dismissals, the ability to harmonise terms and conditions after a transfer, a potential cap on discrimination awards and simplification around rights to holiday pay.

He added that some things would be unaffected: “Some employment rights, such as the right to join a trade union, are protected by the UK’s status as a signatory to the European Convention on Human Rights, rather than by its membership of the EU.

“Adherence to the Convention does not stand or fall with EU membership so Convention rights are unaffected by Brexit.”

However, it will be months before we know for sure how UK employment rights would be affected, added Finding.

He concluded: “The Government has a range of options open to it and it may be many months before any real clarity emerges about how the relationship between the EU and the UK will continue into the future and how that will affect the legal framework.”