Employers out of touch with graduate expectations 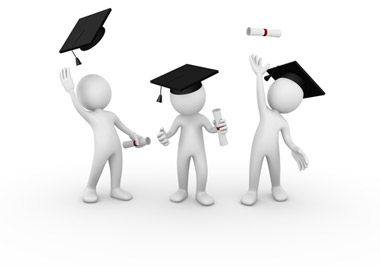 Managers are out of touch with the expectations of graduates, overestimating the importance of good leadership and underestimating the value of money, status and career progression.

This is according to joint research from the Institute of Leadership and Management (ILM) and Ashridge Business School, which found that their top three job priorities were carrying out challenging/interesting work, getting high salaries and advancing their careers.

However, almost four graduates in 10 (38%) were not satisfied with their career advancement in their current organisation, while one-third (31%) of managers said that the greatest challenge when working with graduates was managing their expectations.

Research also found that, of the 1,900 graduates surveyed for this report, more than half expected to be promoted to a management role within three years of starting work, with one in 10 believing that they would be appointed to a management position a year into their first job.

Many graduates were also eager to move roles. More than half (57%) planned to leave their current job within two years, with exactly two-fifths hoping to find a new job within a year. One in six (16%) said that they wanted to move into a new role as soon as possible, despite record competition for graduate jobs.

Kai Peters, chief executive of Ashridge Business School, commented: “Despite their desire to move quickly into a management role, most graduates are unwilling to model the behaviour of their bosses as a way of advancing their careers. The current generation of graduates appear more able to separate work from the rest of their life and believe that their high level of education warrants quick promotion.

“This, however, is a trait that employers should not be overly critical of. Employees should be able to complete tasks within office hours and overloading staff does not create an effective workforce. Graduates should not have to take work home, or stay late at work to prove to their managers that they are working hard. Instead they need to demonstrate a can-do attitude, be efficient, effective and driven, and prove to their mangers that they can and will go the extra mile when they need to.”

Penny de Valk, chief executive of the ILM added: “Recent graduates are hugely ambitious and are looking for rapid career progression and it seems that the majority do not expect to be able to progress within their current organisation. This desire to move on signals a disconnect between the expectations of graduates and that of their employers. Despite a sizeable majority saying that they are happy with their employer, too many are planning to move on within a very short timescale.”

Data on graduate recruitment prospects for 2010/11 is available from XpertHR.